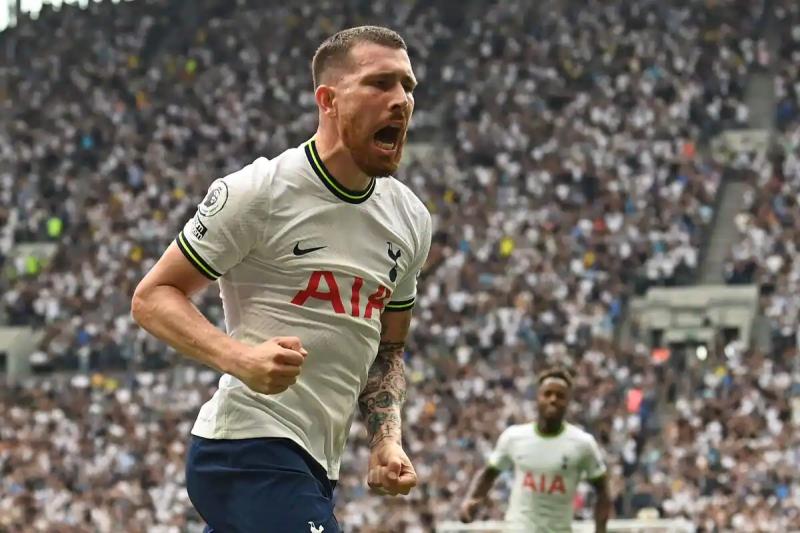 By beating Fulham (2-1), Tottenham got back in the wheel of leaders Arsenal, while Chelsea revived by beating West Ham (2-1) and Liverpool were held in check at Everton (0-0), for the 6th day of the Premier League, Saturday.

At four days of their entry into the running in the Champions League, with the reception of Marseille, Tottenham won a victory which confirms their status as solid candidates for the top 4 final.

Still undefeated and with 14 points in 6 rounds, Spurs are one step behind leaders Arsenal, who travel to Manchester United on Sunday.

They largely dominated against promoted Fulham but only shortly before the break that a combination between Pierre-Emile Hojbjerg and Richarlison allowed the Dane to open the scoring with a low shot (1-0, 40th).

We had to wait until the 75th to see Harry Kane, up close, double the bet and become, with 188 goals in the Premier League, the 3rd best scorer of all time behind Wayne Rooney and Alan Shearer.

A relaxation, which Antonio Conte must not have appreciated and which allowed Aleksandar Mitrovic to reduce the score in the 83rd minute, then a fine save by Hugo Lloris in front of the Serb shortly after reminded us that his Tottenham margin was not not so great.

After signing the biggest-spending transfer window in the history of the Premier League, Chelsea had to work hard to dominate West Ham (2-1) and not drop in the standings.

Ten points in six days will not entirely satisfy Thomas Tuchel, but the provisional 5th place saves appearances while waiting for the recruits, like Pierre-Emerick Aubameyang, to integrate.

The Blues nevertheless came close to corrections after a goal from Michail Antonio on a corner on the hour mark (0-1, 62nd).

Tuchel's coaching proved to be very inspired, Ben Chilwell (1-1, 76th) and Kaï Havertz (2-1, 88th), both substitutes at kick-off, putting Chelsea back in charge.

< p> In the next minute, a goal from Maxwell Cornet, while Edouard Mendy was on the ground, after a clash with Jarrod Bowen, was finally refused by the VAR, in a decision which will be commented on but which suits the business well. Blues.

Liverpool will settle for it

Despite a large number of chances, Everton and Liverpool could not decide between themselves (0-0) .

Sixth with 9 points, Liverpool took only half of the possible points over 6 days, a record unworthy of a title candidate.

But they had against them an Everton galvanized for the derby of the Mersey, despite his 16th place with 4 units and still no success.

The Reds lacked success and fell on a Jordan Pickford man of the match.

The goalkeeper notably deflected a shot from Darwin Nunez (43rd) on the crossbar before being saved by his post, in stride, on a shot from Luis Diaz.

In the second half, the English goalkeeper disgusted Roberto Firmino by performing two parries in quick succession 64th), then postponing his recovery in the 87th.

In additional time, he saved the draw by sending a shot from Mohamed Salah on the post with his fingertips (90 + 6).

But Everton could also have hoped for better if a beautiful outside of the foot of Tom Davies had not come to die on the post of the opposing skylight (32nd) or without an Alisson impeccable in front of Neal Maupay (65th) or a lobbed strike from Dwight McNeil (84th).