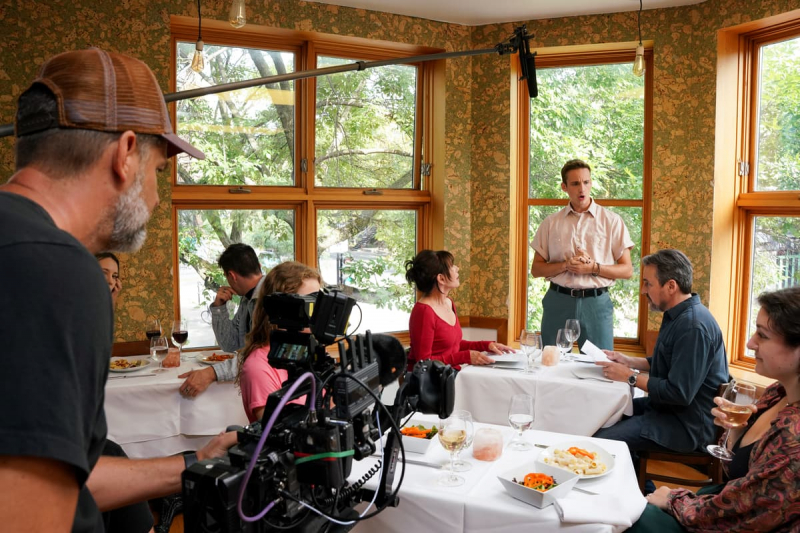 Serge Boucher's new offering, “Fragments”, will land on ICI TOU.TV EXTRA on December 15 and is certainly one of the most anticipated dramas by drama lovers.

The 10 episodes will star Céline Bonnier, Luc Guérin, James Hyndman and René Richard Cyr. “Fragments” would be the “testament” series of the author of “Confessions,” “Appearances,” “Fires” and “Fragile,” according to what James Hyndman said at the TOU.TV lineup launch on Tuesday. It will be about the reunion of three friends after a 30-year break.

Radio-Canada wishes to offer a new original fiction each month to subscribers to the platform, which will include around a hundred new proposals. Subscribers can already thread the episodes of “Sans rendez-vous 2” with Magalie Lépine-Blondeau, who will also star with Benoit McGinnis, next April, in the family drama “The eyes closed”, by Anita Rowan. A 30-year-old will try to understand the circumstances surrounding the disappearance of her brother 27 years earlier.

In March, “Un gar, une fille” will come back to life 25 years later for four episodes with Guy. To Lepage and Sylvie Leonard. The couple are now in their sixties and their two children have left home in the suburbs, prompting them to return to Montreal, which has changed a lot.

In addition to these three flagship series, the Extra will make available in November the third and final season of the comedy “Les mecs”, with Christian Bégin, Normand Daneau, Alexis Martin and Yanic Truesdale. In January, “Turbulent Waters 2”, now written by Michelle Allen, will bring back the characters of Hélène Florent and Gabriel Sabourin, while the sequel to “Lou et Sophie”, concocted by Yannick Éthier, will still rely on the actresses Zeneb Blanchet and Jade Charbonneau.

In February, we will drop in the paid segment the new episodes of “The eye of the cyclone 3”, which we just wrapped filming last week. Will follow in March “Plan B 4”, by Jacques Drolet and Jean-François Asselin. This time, Pier-Luc Funk will turn into a thug “in search of redemption”.

Another recent announcement: the author Isabelle Langlois, to whom we owe “Rumors” and “Letting go”, will be back with the comedy “The candidate”, which will tell the story of a post candidate (Catherine Chabot) who, to everyone's surprise, will be elected to the National Assembly.

Julie Perreault and Marc-André Grondin will team up in “Reasonable Doubt 2”, by Pierre-Marc Drouin and Annabelle Poisson, of which a new episode will be presented each week from January. “Six Degrees”, by Simon Boulerice, will end after three seasons. In terms of international productions, let's highlight “Paris Police 1905”, which will once again feature favorite actress Evelyne Brochu.

VÉRO.TV will offer “The schoolyard is full!” with Jannie-Karina Gagné, Laurent Duvernay-Tardif will turn into an entrepreneur who takes over the family bakery in “Du pain sur la planche!”, Simon Boulerice and Christian Lalumière will do black fiction with “Martine à la plage”, in which a young (Gabrielle B. Thuot) develops an obsession for her optometrist neighbor (Jean-Moïse Martin), “Gazebo 2” will bring back Marie-Soleil Dion and Louis-Olivier Maufette and, finally, Véronique Cloutier will look into the world of gossip in “The rumor machine”.

Regulars of the free section will notably find the web series “I would like to be erased 2” by Eric Piccoli and Florence Lafond, with Julie Perreault, Schelby Jean- Baptist and Jean-Nicolas Verreault. Two new releases will be offered: “Sandy” by Alexandre Pelletier and Guillaume Harvey with Fanny Mallette, Pierrette Robitaille and Rémi-Pierre Paquin, as well as “Vidanges”, a black humor fiction set in a Montreal littered with garbage, written by Ariane Maynard-Turcotte and Maryse Paradis.