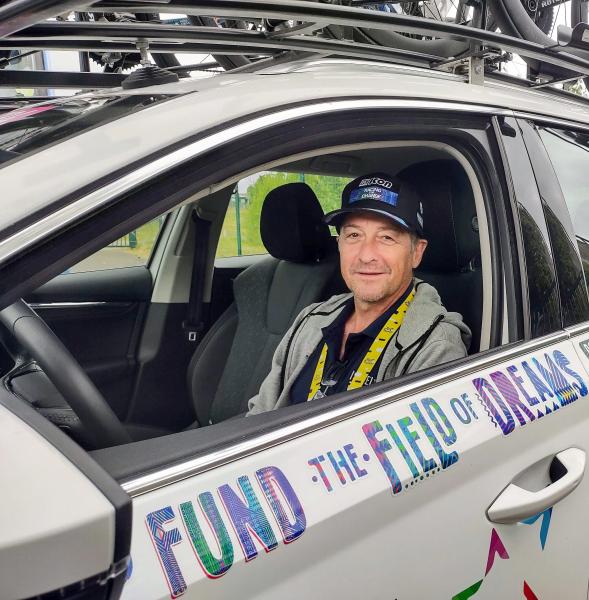 Chris Froome's performance on Thursday, during the 12th stage of the Tour de France, risks being quickly forgotten, but not by Montreal guru Paulo Saldanah, who knows how much the Briton has worked hard to regain a competitive level.

Slightly unknown to the general public, Saldanha has built a solid reputation on the scene international in road cycling. However, the coach prefers darkness to light and it is necessary to insist a little to tell him about his successes.

A former triathlete, Saldanah serves as performance director for the Israel-Premier Tech team. His journey began with Steve Bauer's defunct SpiderTech team about ten years ago.

Since his terrible fall during the Dauphiné in 2019, Froome has been pedaling backwards towards his past. At 37, most would have hung the bike on a nail in the garage.

“Athlete success is what drives me. I want to find the solution, the missing piece of the puzzle. For Froome, there were four or five pieces to find. This is the most tough I have seen. In his head, he never gave up. Even though everyone said it was over. It's the state of mind of a champion and he will never lose it,” says Saldanah.

After spending a few days on the Tour de France, the specialist was back in the Cantons -de-l'Est, where he was able to attend the result of his foal on Thursday. In this sport, luck often smiles on the attackers.

“It was a very long road. There were mistakes, injuries, illness… I really wanted him to win a stage to show that he is back. With Pidcock in the breakaway, it was not easy. At least he's shown he can do it. He has worked so hard for two years,” he adds.

Refusing the flowers and the bouquet, Saldanah preferred to give the credit to Froome's wife, who was two kilometers from the finish at the top of Alpe d'Huez on Thursday.

“J exchanged messages with her. It takes a whole team to support an athlete. Without her, we would not have succeeded.

And even if the Briton regained his former skills, the coach must admit that the prowess of young cyclists like Pidcock, who is 15 years younger, is much higher than that of the generation previous.

Before helping rebuild Chris Froome, Saldanah first believed in the potential of former injured middle-distance runner Mike Woods. The Ottawa native is now the only person to have run the mile in less than 4 minutes and completed a Tour de France.

Specializing in endurance sports, Saldanah has also collaborated over the years with Olympian Manon Jutras, as well as gold medalists Jennifer Heil and Alex Bilodeau.

“I don't know not if I have international notoriety. I work in the shadows, behind the athletes. In the team, they call me “the mad scientist”! [the mad scientist]”, he concluded with humility.

“Paulo [Saldanah] will never say it publicly, but it is incredible the efforts he has made with Froome. He shed a few tears when he saw him at the top of Alpe d'Huez. It was a relief to see the extraordinary resilience of this champion finally rewarded,” also explained Dominick Gauthier, co-founder of B2ten, an organization that supports athletes.