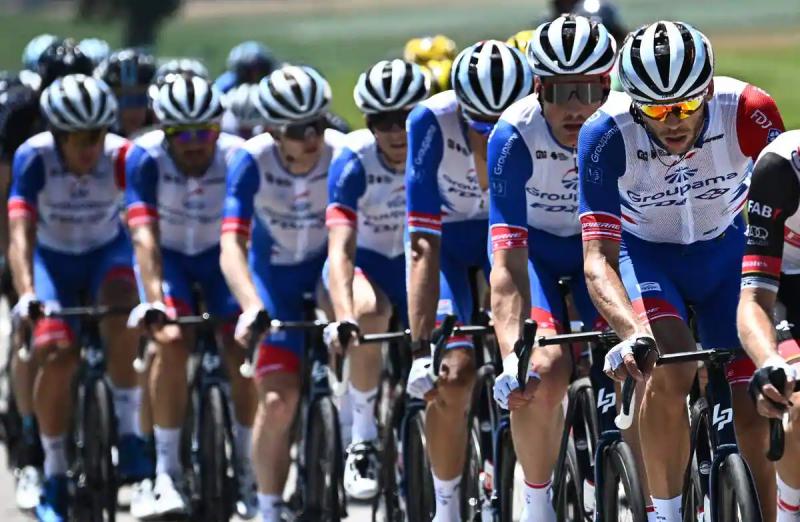 (Sportcom) – The Tour de France stopped at the top of the Col du Granon for the first time since 1986 on Wednesday, in an 11th stage which will certainly go down in history. Dane Jonas Vingegaard (Jumbo-Visma) scored a breathtaking victory to take the yellow jersey, taking advantage of a rare moment of vulnerability from the reigning double champion, Tadej Pogacar (UAE Team Emirates).

Frenchman David Gaudu, teammate of Antoine Duchesne at Groupama-FDJ, finished strong to crack the top-5 of the stage.

Tadej Pogacar would therefore not be invincible. In the past, the leader of the UAE Emirates team had never found himself in difficulty as he was in the final climb of the Col du Granon on Wednesday.

The Slovenian had already had his hands full from the Telegraph pass, and even more so on the Galibier pass, the penultimate ascent, where the riders of the Jumbo-Visma formation fought hard to make sure to keep him very busy.< /p>

These attacks paid off big at the end of the day when Jonas Vingegaard kicked into high gear, just over 4 kilometers from the finish. He quickly caught up with the Colombian Nairo Quintana (Arkéa Samsic), who was in the lead at the time, to spin alone on the 151.7 kilometer course, the stage and the yellow jersey in sight. Nothing seemed to be able to stop him, all that remained was to see the damage that would result from it in the general classification.

Vingegaard was 39 seconds behind Pogacar at the start given in Albertville. The first triumph of his career on the Grande Boucle took its toll on the peloton. His lead now stands at 2 minutes 16 seconds over Frenchman Romain Bardet (DSM), third of the day (+1 minute 10 seconds).

Last year, in his first participation in the Tour de France, the rider from Denmark finished second in the general classification.

No less than six members of Jumbo-Visma completed the stage among the first 25 .

With 1.5 kilometers to go, it was David Gaudu's turn to attack Tadej Pogacar, who was struggling to maintain the pace. The Frenchman had been left behind earlier, but he was able to come back with the help of his teammates. He finished in fifth place (+2 minutes 4 seconds) and fell back slightly to seventh place in the general classification (+3 minutes 13 seconds).

“I knew how to keep my calm and I was able to rely on an incredible team, Gaudu said in a press release. Without them today, I am nothing. If they're not there, I might be 20 minutes overall tonight.”

Quebecers Hugo Houle and Guillaume Boivin, both members of Israel – Premier Tech, finished 52nd and 117th. Their teammate Krists Neilands obtained the best result of their team with a 29th place.

The cyclists will cover 165.1 kilometers during the 12th stage scheduled in the mountains on Thursday. Other twists and turns are expected after Wednesday's show, when the finish will be in Alpe d'Huez.