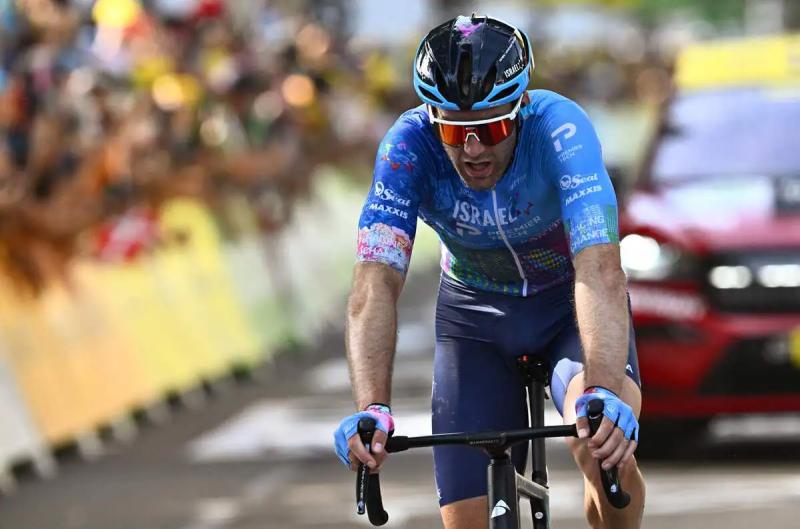 After a completely crazy day on Friday where he finished third in the 13th stage of the Tour de France, Hugo Houle (Israel – First Tech) took advantage of Saturday to support three of his teammates who took part in the day's breakaway.

“It was a hard fight at the start. I helped Michael Woods, Jakob Fuglsang and Krists Neilands into the breakaway and felt that at three they wouldn't need my help. I followed the peloton afterwards to compensate for my day on Friday,” explained Hugo Houle, 62nd of the day (+21 min 50 s).

Fuglsang was ultimately the best representative of Israel – Premier Tech, finishing sixth, 58 seconds behind the winner.

No change in the provisional general classification while Dane Jonas Vingegaard (Jumbo-Visma) still holds a lead of 2 min 22 s over Slovenian Tadej Pogacar (UAE Team Emirates) with seven more stages to do in the Grande Boucle.

The Tour will continue on Sunday with a long stage of 202.5 kilometers between Rodez and Carcassonne.