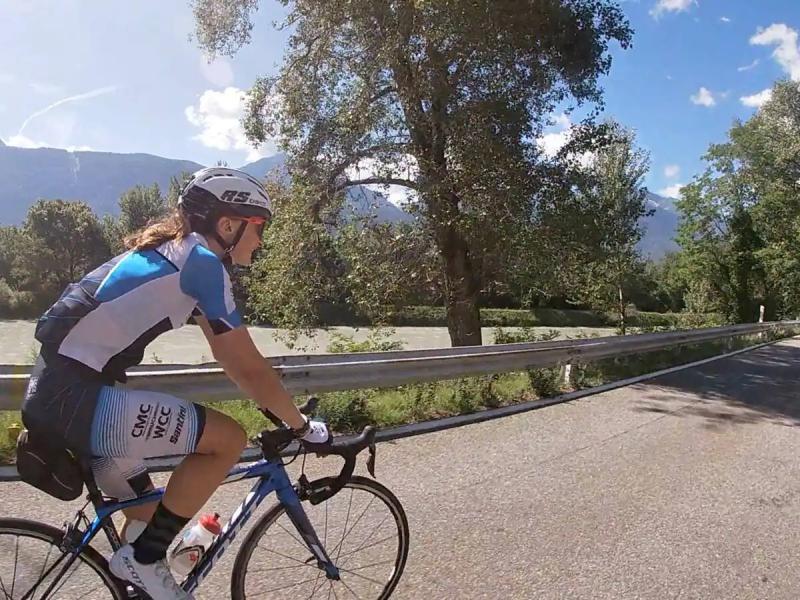 Magdeleine Vallières-Mill (EF Education -TIBCO-SVB) quickly felt tired on the seventh stage of the Tour de France women on Saturday. The Quebecer did not have her best day, but intends to recover on Sunday, at the very last stage.

“We made a mistake at the start and missed the group which left in the first 40 kilometers, explained Vallières-Mill, 102nd. We chased and controlled to make sure the group didn't stay far. When we got to the first hill, I was already quite tired! I didn't have the legs to follow and I found myself in the gruppetto. Not really the best day, but tomorrow will be better!”

Her American teammate Veronica Ewers was the best of her training, finishing 11th (+10 minutes 39 seconds). A performance that took him up to 11th overall.

“We are getting closer to the top-10 overall with Veronica, so I think that will be our goal (for the last stage)! [I feel] a little nervous, but I can't wait to see what we can do!” concluded Magdeleine Vallières-Mill.

Olivia Baril was the 91st (+29 minutes 56 seconds) to cross the finish. Simone Boilard (St Michel – Auber93 WE) obtained the best result among the Quebec women with a 74th place, at the same time as Baril and Vallières-Mill.

Van Vleuten flies over the stage

Since the start of the women's Tour de France, Olivia Baril's teammate at Valcar – Travel & Service, Silvia Persico, was on the heels of Marianne Vos (Jumbo-Visma) in the provisional general classification. The story was different on Saturday, when Annemiek Van Vleuten (Movistar) took matters into her own hands.

Favorite at the start of the week after her triumph at the Giro d'Italia, the Dutchwoman offered quite a number. Already well placed at the forefront, she attacked just over 60 kilometers from the finish. Her compatriot Demi Vollering (SD Worx), who had been the only one to follow her earlier, could not keep up the pace. Marianne Vos, also from the Netherlands, finished in the peloton at more than 20 minutes, she who had been in perfect control for a few days.

Van Vleuten, who was eighth overall before the race, only increased his lead over the 127.1 kilometer course. She won alone, 3 minutes 26 seconds ahead of Vollering, to take the yellow jersey.

The Italian Silvia Persico finished sixth (+6 minutes 11 seconds), supported by Baril and the other members of his team.

The first edition of the women's Tour de France will conclude on Sunday. An eighth and final stage which will be contested in the mountains over 123.3 kilometers. The finish is scheduled for the Super Planche des Belles Filles.

On the side of the Spain, Belgian Remco Evenepoel won the San Sebastian Classic (World Tour). He completed a solo effort of over 40 kilometers to win this event for the second time in his career.

Montrealer James Piccoli (Israel – Premier Tech) did not finish the race, as did most of the peloton.< /p>