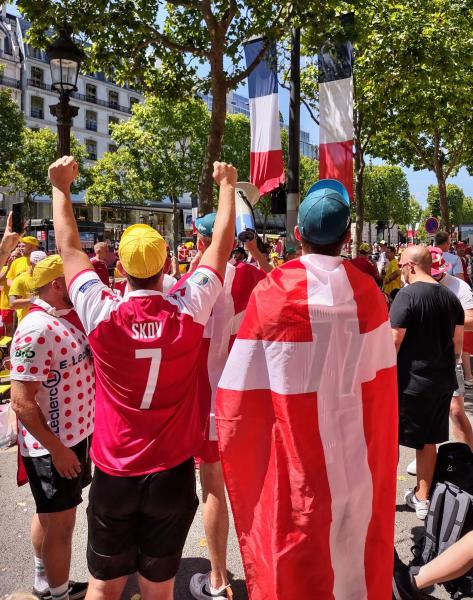 He will miss one of the four Canadians at the start of the 21thand last stage of the Tour de France on Sunday, near Paris.

Michael Woods has been declared positive for COVID-19 and will not be able to participate in the 115 km stage which links Paris La Défense Arena to the Champs-Élysées.

This announcement is heartbreaking for the cyclist, who will not be able to celebrate three weeks of intense effort.

It is also another loss for the Israel-Premier Tech team, reduced to just four riders today. Fortunately, the Tour is over.

Chris Froome and Simon Clarke have already left for the same reason, while Dane Jakob Fuglsang has retired due to injury.

He finished 3rd in the 16th stage in Foix, behind his compatriot and teammate Hugo Houle and the Frenchman Valentin Madouas.

Woods is the 17th rider who had to leave the Grande Boucle because of the coronavirus.

At the beginning of the afternoon on Sunday, the women's Tour de France was launched before the arrival of the men.

Quebecers Simone Boilard, Olivia Baril and Magdeleine Vallières-Mill are taking part in the event, each with a different team.

A few hours before the the peloton's first pass around 6 p.m. (12 p.m. Quebec time), the Champs-Élysées are already invaded by tens of thousands of people, and the crowd continues to grow.

The weather is beautiful, and Danish fans with the red and white flag are everywhere to cheer on the future champion of the Tour de France 2022, Jonas Vingegaard.