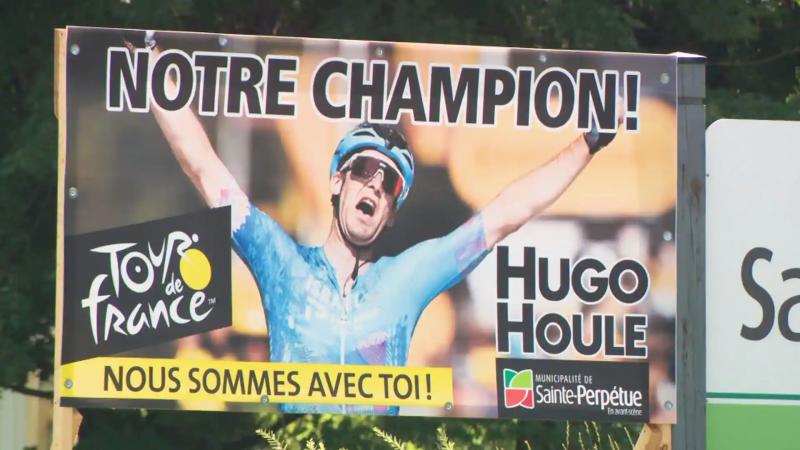 Sainte-Perpétue cyclist Hugo Houle made history at the Tour de France and had the experience of a lifetime. It is for this exceptional reason that her native municipality wishes to honor her.

What will she do? Nothing is confirmed, but his feat will not go unmentioned.

It's unanimous: the citizens all want to see Hugo Houle in their municipality. The Perpetuals and Perpetuals already have a thousand and one ideas: a street name, a statue of the cyclist on a bicycle, naming a park or even a building. The municipality is not closed to the idea of ​​building something if it has to.

However, the mayor was clear: the family and the athlete will be involved in order to keep everything the image of the cyclist, who is defined by his humility.

For the moment, all ideas are good. “Perhaps we will name something, that we will build. We do not know. Possibly put a committee on site for the preparation of all this,” explains Guy Dupuis, the mayor of Sainte-Perpétue.

Everyone wants to add their two cents. Mr. Dupuis confirmed that several companies have already raised their hands to demonstrate their interest in getting involved.

Hugo Houle's former high school, La Découverte, is also thinking of using his work and effort as a model for Hooked on School Days. According to the school principal, Donald Émond, the cyclist would set a good example for young people.

Hugo Houle will not be in Quebec until next September, for the Grand Prix Cycliste de Québec. The municipality of Sainte-Perpétue will therefore have several weeks to prepare its coup.