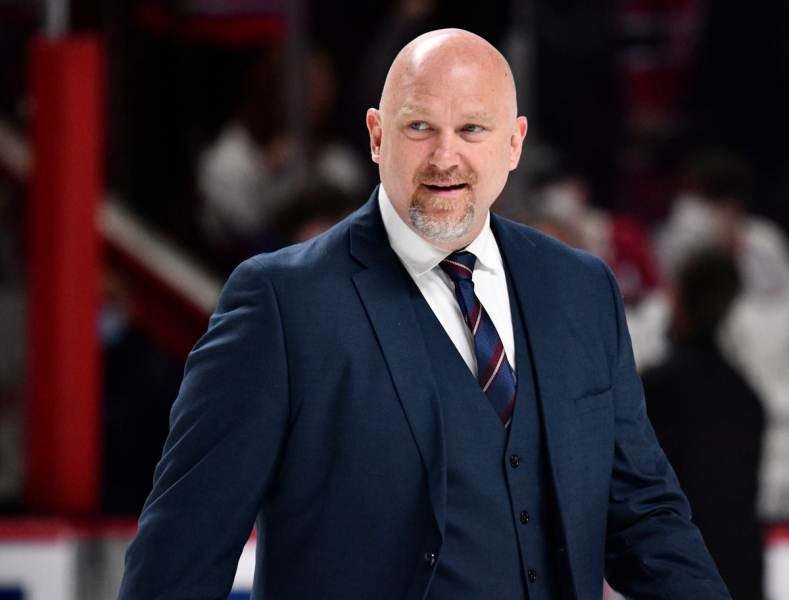 As is the case in Montreal, a long season is expected in the Arizona desert. Another, will say the most cynical.

Since reaching the Western Conference Finals in 2012, the Coyotes have only made the playoffs in a single occasion. It was in 2020 when, like the Habs, they had taken advantage of an enlargement of the framework to slip into the spring tournament.

Be that as it may, one wonders if drafting Connor Bedard is not the priority of the senior management of this formation which has been languishing in the shallows of the circuit since the 2012-2013 season.

“It's not happening at my level. It's happening at the level above me. My job is not even to accept it or not. My job is to get the best out of the 23 guys I have on hand,” said the Coyotes head coach, met in a hallway at the Brossard sports complex.

“I look at my guys every day and wonder what I can do to help them and make them better,” he added.

Tourigny is in his second season at the helm of the Coyotes. Last year, their collection of 57 points gave them the second-to-last place in the Bettman circuit, a meager two points ahead of the Canadian.

Not surprisingly, the speech is similar in both places. In Arizona as in Montreal, we want to lay the foundations for a winning culture.

“We want a champion attitude every day. We don't want the Tampa Bay Lightning or the Colorado Avalanche to be more committed than us. We must be more dedicated to our cause than anyone.”

During his press briefings, and inevitably in his locker room, Martin St-Louis often reminds us that the process must take precedence over the result. Tourigny's speech is similar. The success of the season will not be measured by the number of victories or the number of points collected in the standings.

“Each organization has its own way of seeing things. There are those who want to start building through skill, defense, puck movement. We want to look at the dedication of the guys to the team,” explained the original Nicolétain.

“We will assess the effort they put into defensive withdrawal, in attack. We will watch the intensity with which they charge at the net. When you have that, you're on the right track. You can start building, you can be better in your system,” he continued.

The dedication of players with the team could also be manifested by their degree of acceptance of a situation that is less than ideal.

Since they are not the main tenants of the Mullett Arena, the new home of the Arizona State University Sun Devils, the Coyotes have to deal with a rather unusual schedule.

They will play 20 of their first 24 games on opposing rinks. From November 5 to December 7, they will even go through a streak of 14 games in a row away from their 5,000-seat home.

“We could have the best dressing room, if the team does not play well, it won't be fun for anyone,” Tourigny recalled.

“Me, at the end of the day, all I need is a table to put my computer on and a place behind the bench.”