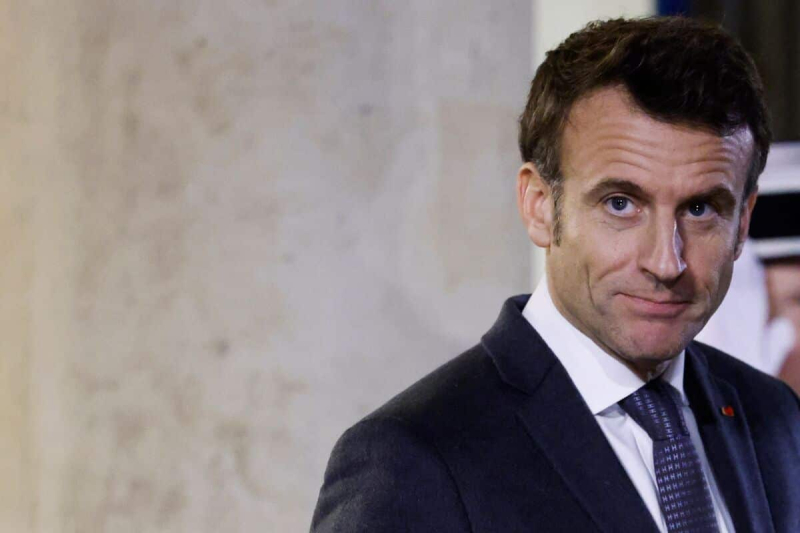 France is preparing for intense protests, the government due to unveil its pension reform on Tuesday, for which the retirement age will probably be pushed back to 64, a will of President Macron unanimously against it in the trade union world.

“If Emmanuel Macron wants to make it his mother of reforms (…) for us, it will be the mother of battles”, warns the boss of the Force Ouvrière (FO) union Frédéric Souillot, opposed to this reform like all the organizations unions and political opposition, apart from the more conciliatory right.

Frédéric Souillot of the FO union

France has experienced a series of major reforms of its pension systems over the past thirty years in response to the aging of the population and the financial deterioration of its funds.

Almost every time, the announced extension of working hours had provoked social movements, in a country where the employment rate for seniors is also particularly low.

“The only lever we have is to work longer,” insisted the French president, however.

Prime Minister Élisabeth Borne will present the reform to Parliament on Tuesday at 5:30 p.m. local time, after questions to the government.

She could, according to several of her interlocutors, propose a postponement of the legal retirement age to 64, instead of the current 62, after having considered 65.

This postponement would be associated with an acceleration of the extension of the contribution period, which would increase to 43 years, before the 2035 horizon set by a previous reform.

The executive hopes to reduce expenditure by 2030. It would be ready to raise the minimum pension to 1200 euros for all retirees.

More than two-thirds of French people (68%) are against postponing to age 64, according to an Ifop-Fiducial poll.

It is in the street that “the debate will take place”, in the face of an “ideological” “anti-social” reform and the “service of a favored class”, affirms the new boss of the Greens, Marine Tondelier.

For the boss of the powerful CGT union, Philippe Martinez, with this reform, “we are returning to what our elders knew, that is to say that after work it is the cemetery” .

On the political spectrum, the oppositions of the left, radical left and extreme right have all already expressed their opposition to a reform described as “unfair”.

The French government therefore hopes to rally the elected representatives of the moderate right (Les Républicains-LR), whose boss Éric Ciotti has on the contrary already said he is ready to “vote a fair reform”.

Éric Ciotti of the party The Republicans

An LR vote could avoid the use of 49.3, this device accused of being undemocratic, already used a dozen times under the second term of Emmanuel Macron since his party lost a majority in the National Assembly, which allows the executive to pass a bill without a vote.

The text will be examined by the Council of Ministers on January 23, but the unions, which meet on Tuesday evening, plan to mobilize before, while the left-wing coalition NUPES is holding rallies on January 10 and 17 and LFI (radical left) is demonstrating. on 21.

The bill must pass in committee at the National Assembly from January 30, and in the hemicycle on February 6.

The boss of the CGT Philippe Martinez is ironic about the “feat” of the executive which brings together the unions in action for the first time in twelve years.

“The union and political front will be completely united in this battle”, promised on the BFMTV channel the coordinator of LFI Manuel Bompard.

Saturday, the “yellow vests” – whose rallies for more than a year had been disputed in the rue Emmanuel Macron during his first term – have beaten the pavement again.

Only 4,700 people, including 2,000 in Paris, according to the Ministry of the Interior, were present es for this first raout.