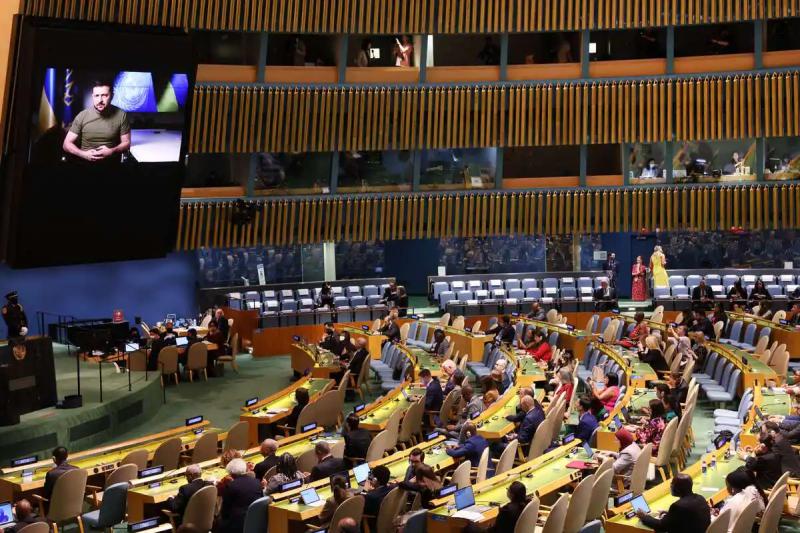 Ukrainian President Volodymyr Zelensky demanded “just punishment” against Russia on Wednesday before the UN, strongly denouncing the invasion of his country by Russian troops and calling for the establishment of a special court.

“A crime has been committed against Ukraine and we demand just punishment” against Russia, President Zelensky said while addressing the UN General Assembly via video message. Unable to travel to New York, the leader had obtained this exceptional authorization from the Member States of the United Nations.

In his speech, which is completed under the ovations and applause of the representatives present in the room, Mr. Zelensky launched a virulent diatribe against Russia for its aggression against Ukraine.

“We will not let this entity prevail over us”, he launched, dressed as always in a khaki green T-shirt, and calling for the creation of a special tribunal to judge Russia “for its crime of 'aggression against our state'.

He uttered the word 'punishment' no less fifteen times throughout his speech.

The Ukrainian president also called for the creation of a compensation fund for Ukraine and believed that Russia should be stripped of its right of veto in the UN Security Council.