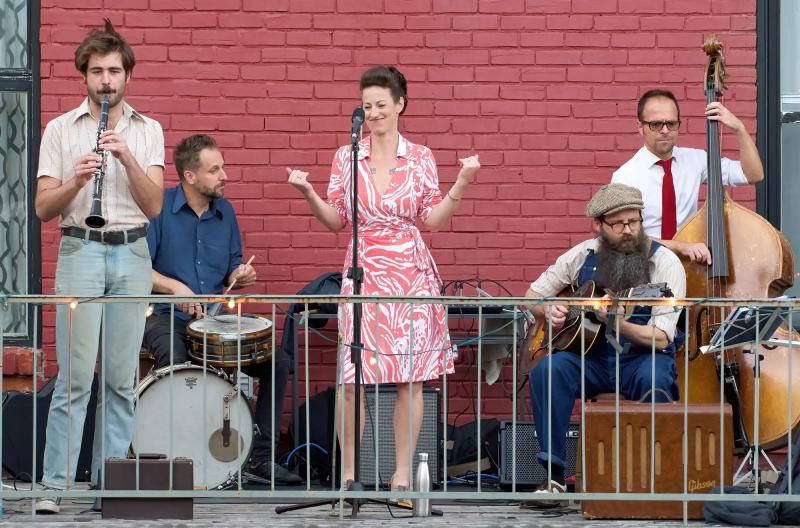 In the midst of a pandemic, when everything was shut down, Steve Veilleux, singer and guitarist of Kaïn, had the idea of ​​setting up a festival that combines trad and Cajun music. An event that will come into the world at the end of the week with the presence of Yves Lambert, the Winston Band, the Rats d'Swompe and Kaïn.

Traditional and Cajun cultures will be featured at Woodyatt Park in Drummondville. There will be music, buskers, dancers, artisans, fortune tellers, witches handing out New Orleans necklaces and traditional food. Drummondville will be transformed into Louisiana.

“I suffered a lot during the pandemic. I woke up in the morning with dizziness. I needed a project to move forward,” said Steve Veilleux, during a telephone interview.

The first seeds of this new event were sown, somewhat unconsciously, ten years ago. “I made a trip to New Orleans that had a profound effect on me. By the atmosphere, the festive side, the streets of the French Quarter, the wall-to-wall musicality, the colors and the excitement. I came back from this trip impressed and inspired,” he said.

In September 2021, Steve Veilleux was invited to take part in a carte blanche concert by Les Rats d'Swompe during of the Franco-Ontarian festival Swompalooza, in Ottawa.

“I really liked it. I was impressed to see the young people at the rendezvous for trad music,” he confided.

“I spoke with my girlfriend about this desire to cause a kind of culture shock. There is a clear link between trad music and Cajun music,” he noted.

While Steve Veilleux made instinctive choices for the programming of this first edition, he also chose to go with his favorites in order to make them discover to the public.

“There are has Emily Estrella who is an amazing jazz singer, and Busko Baker who makes typical New Orleans music. It's a mixture of sure values, evidence and favourites, ”he said.

► All the details on the site festivaltrad-cajun.com