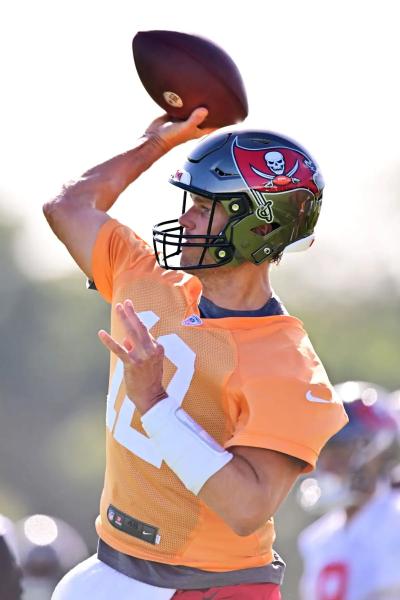 At 45, Tom Brady will be able to enjoy a day off every Wednesday this season.

The Tampa Bay Buccaneers quarterback has already spent his turn during practice last Wednesday and the official NFL website reported that this routine will be repeated throughout the season.

Brady, a seven-time Super Bowl champion, will be replaced by Blaine Gabbert on the field.

“For most players, [all practices] are important,” head coach Todd Bowles said Friday. But I think when you play in the league for a while and prepare in a certain way, you don't have to practice all the time.

“You're going to practice , but you're not going to train all the time. You'll have a day off here and there because it's a long season.”

Brady completed 18 of 27 passes in a 19-3 win over the Cowboys in Dallas last week. He reached a receiver in the end zone while suffering an interception.