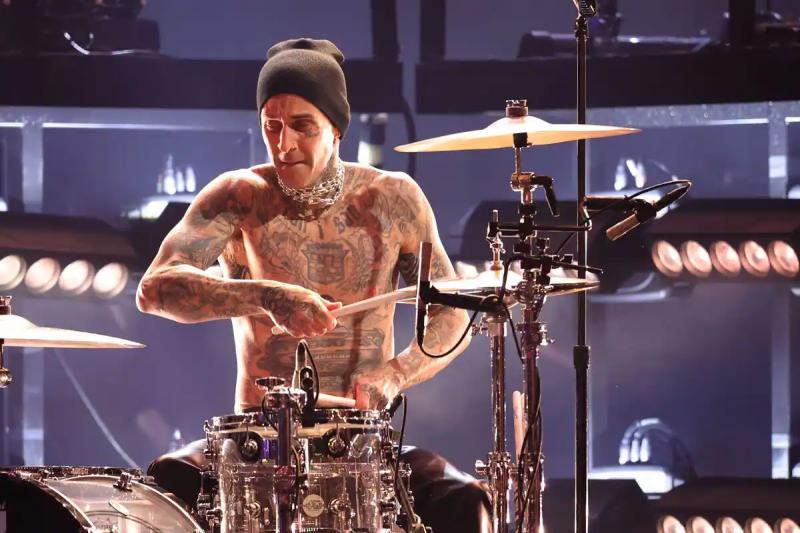 Drummer Travis Barker was back on stage for the first time with Machine Gun Kelly on Wednesday since being hospitalized at the end of June.

The musician had been hospitalized due to an inflammation of the pancreas.

Machine Gun Kelly invited his friend to play two songs during a concert in Los Angeles.

“Do you know Travis is not supposed to play drums but guess what he is doing right now? He plays drums,” Machine Gun Kelly tells the audience.

His wife Kourtney Kardashian was enjoying the show among the audience.