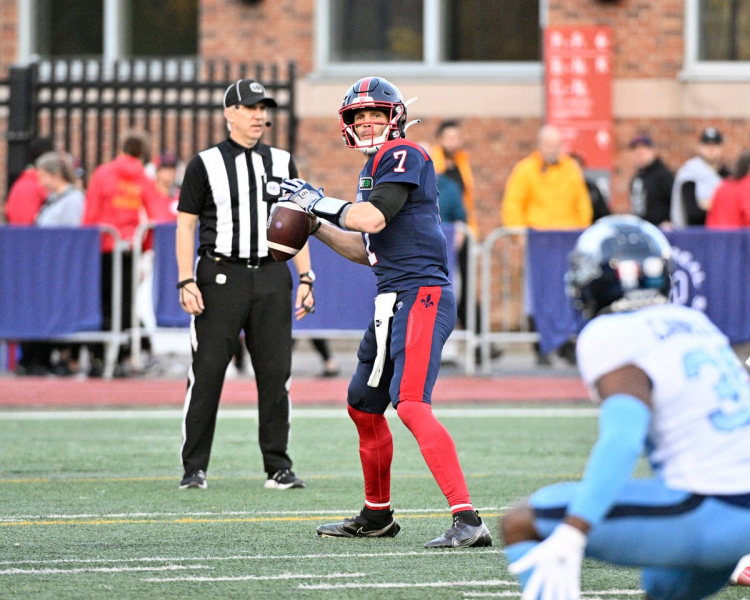 MONTREAL – If the Alouettes want to be successful in the upcoming playoffs, quarterback Trevor Harris will have to be at the top of his game.

The 36-year-old athlete has gone into second gear lately, according to his head coach.

“I think he is in the right place both mentally and physically if we look at his performance over the past few weeks and his leadership on the field,” said Danny Maciocia, after the drill held at Percival-Molson Stadium on Wednesday.

“I am convinced that he will deliver the goods,” he added in view of Sunday's Eastern semi-final between his team and the Hamilton Tiger-Cats.

The numbers de Harris seem to agree with Maciocia. In the four games he played in October, the veteran threw just one interception, compared to 11 in the 12 games he played previously. The American also completed 77% of his passes for 992 yards and five touchdowns during the 10th month of the year.

As usual, Harris preferred to talk about the collective rather than his individual performances. The center believes he and his teammates are in the right frame of mind for the challenge the “Cats” represent.

“You always have to feel like you have something to prove, a he said. If not, you need to hang up your shoulder pads and vest. We want to prove that this group is capable of doing great things.”

“We have been through a lot of adversity this year. We were able to get out of it and put ourselves in a position where we can win a championship.”

Group member leader formed by Maciocia when he took over as head coach, Harris also said that the Alouettes players took the time to get together to talk to each other at the start of the week.

“We we are very excited. We held a meeting with all the players yesterday [Monday] and we are more motivated than ever.”

Harris explained that all footballers at the club were invited to express their statements soul, which galvanized the troops.

“It was probably the best meeting of players that I have been part of, expressed wide receiver Eugene Lewis. It allowed us to fully understand the stakes of what is to come and to take advantage of the opportunity that presents itself to us to write history.