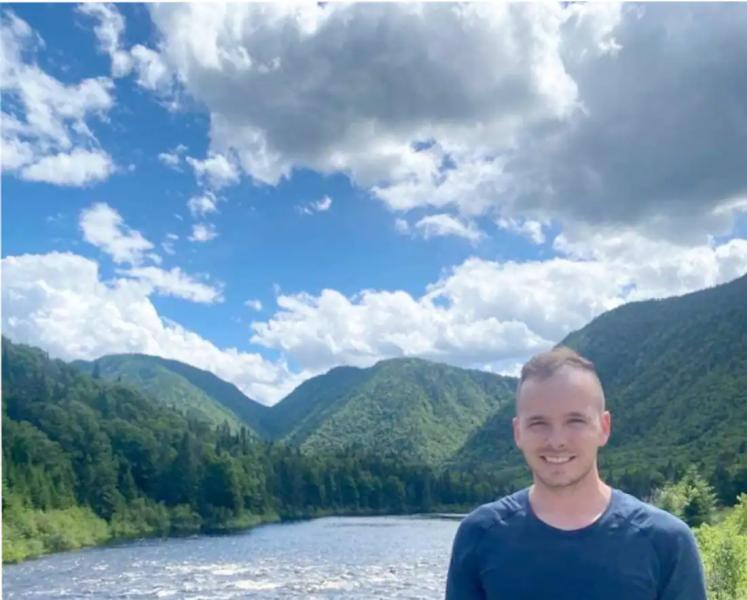 Stuck in her wheelchair, Guylaine Belzile refuses to play the victim. All her life, despite suffering from multiple sclerosis, she will fight to lead a normal life. Her son Maxime tells the story of this woman who is now deceased, a tribute to the love he still has for her and to the resilience she has shown.

“ My mother was always positive,” says Maxime Langlois, author of the book A Mother's Love. Not only did she constantly see the positive side of things, but she showed great courage and resilience. “Besides, she had a great sense of humor,” he adds.

It was when he came across his mother's diary, two years after her death, that the idea of ​​making a book of it germinated in him. By reading it, he understood the real struggle his mother led since the day she learned, at 18, that she had multiple sclerosis, an inflammatory and degenerative disease of the brain and spinal cord. spine.

“It's a way of paying homage to him”, underlines the author who knows how much his mother suffered by leading a perpetual fight against the disease until her death at 47 years old .

It is all the more significant when we learn that Guylaine Belzile wanted to work in journalism and dreamed of having her diary published.

“I worked on this project for ten years”, specifies Maxime Langlois who still suffers from the loss of his mother who was his ray of sunshine. This book represents for him the continuation of things, wanting to dismantle his courage which was equal to his sweetness.

Unable to walk and live a normal life, Guylaine Belzile nevertheless wishes to start a family and have children, even if there was a risk of transmitting her disease to her grandchildren.

< p>“She wanted to be a woman like the others and to know the happiness of motherhood”, remembers the author who says that she met the man of her life in Quebec after having left her family who lived in Trois- Pistoles.

She will have two children, Maxime and her brother Vincent.

Different from the others

“I didn't have a childhood like the others”, sums up Maxime Langlois. Moreover, the second part of the book is his own story, he who had to take care of his mother, a good part of his childhood. In bad shape, at the end of her life, she had to spend her days bedridden.

“I attempted suicide at 14, I was unhappy, I didn't fit in not to others at school”, confides the author who also tells in his book how things got complicated for him as a teenager. “I realized my homosexuality, I had to talk about it to my father who had a hard time accepting it while my mother understood me.”

Soon after, he will lose his mother when he is only 16 years old, an event that will leave a very big void in him.

“I had to consult and I rebuilt myself, today I am happy”, says the one who hopes to transmit a message of hope and self-acceptance through his book.