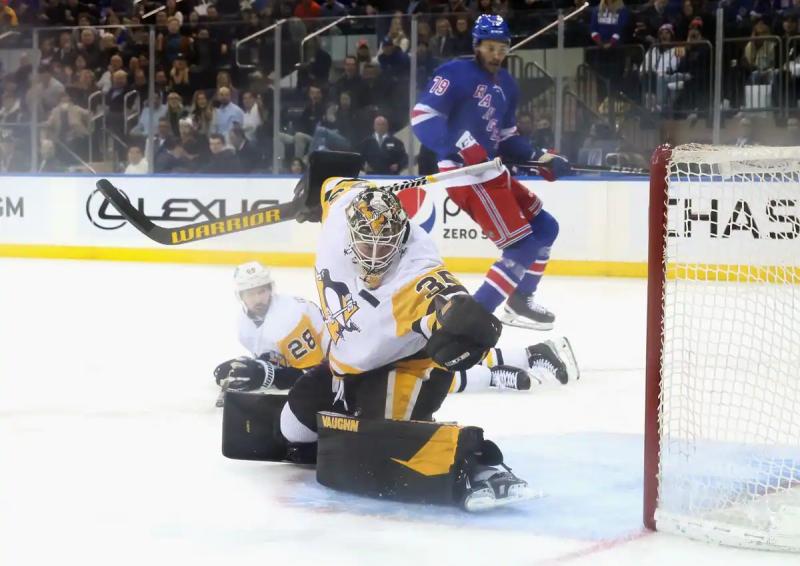 Stricken by a broken foot that caused him to miss nearly the entire playoff run for the Pittsburgh Penguins this year, goaltender Tristan Jarry says he is fully recovered from his injury.

Jarry was injured on April 16 against the Boston Bruins, so the “Pens” had to turn to Casey DeSmith. However, he was also injured during the first game of the first round series against the New York Rangers. Louis Domingue was then thrown into the bath.

The Quebecer did what he could, but the Pennsylvania team decided to bring Jarry back for the seventh game which the Rangers finally won 4-3 in overtime. The goalkeeper revealed that he had played without really recovering from this fracture.

“I basically played with a broken foot,” Jarry said on Friday, according to the team's official website. I was only three weeks out of rehabilitation at that time when I was able to play. So it really didn't heal at that time.”

Despite the pain, Jarry couldn't stop himself from remaining a spectator.

“There's something wrong inside of you when you're not able to help the team and you have to sit and watch,” he hinted. So it's always hard to look from the sidelines, and especially with what happened, I wanted to go, I wanted to play.”

< p>Jarry therefore spent part of the offseason fully recovering from this fracture, and he admitted that the recovery took longer than expected. He changed his training habits to adjust to the condition of his foot, not without working on several important elements of his game.

Jarry works with a personal trainer, Dustin Schwartz, during the summer period. While he doesn't hesitate to make a few corrections to his game during the season, he uses the long summer months to work on more important aspects of his technique.

“I'm still working on things that I need to improve and I use the summer to work on more important things that the frenzy of a season does not always allow. A big part of my overall development is learning when to improve on the little things versus the big things. I really used the offseason to work on the bigger things.”

Jarry will definitely want to start the season strong, as his first games have been pretty ordinary the last two seasons. It's a tweak though, as with a 34-18-6 record and .919 save percentage in 2021-22, Jarry has proven himself to be the Penguins' No. 1 goaltender. /p>