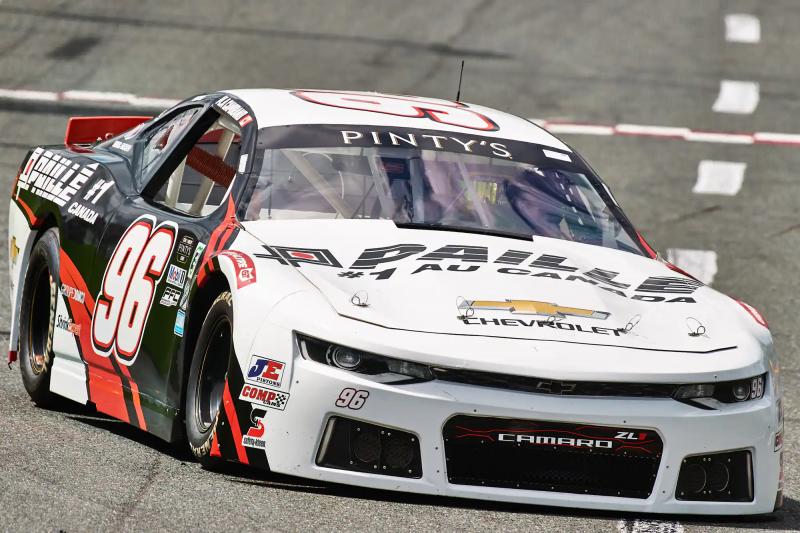 TROIS-RIVIÈRES | Twenty-six drivers, the highest participation rate since 2014, are entered in the NASCAR Pinty's series, the main event of the Grand Prix de Trois-Rivières which will be contested on Sunday afternoon.

Of these, the Quebec contingent will include an impressive total of 17 representatives, many of whom are logical candidates for victory.

Since the arrival of the Pinty's series at the GP3R in 2007, the drivers of the Belle Province have not only won 11 of the 14 clashes in Mauricie, but they have monopolized the top step of the podium in the last seven races.

Jacques Villeneuve, who will be making his fourth appearance at the GP3R in the Pinty's series, as well as Marc-Antoine Camirand , Jean-François Dumoulin, Louis-Philippe Montour and Alex Guénette will be ones to watch tomorrow.

In this high field, it is also necessary to mention the name of D.J. Kennington, the only driver who, since the inaugural event of the Pinty's series in 2007, has participated in all races without interruption. The 45-year-old Ontarian will be making his 185th consecutive start in the GP3R.

He is second in the overall standings after the first eight stages of the 2022 season, conceding only a point to leader Kevin Lacroix.

Kevin Lacroix leads the overall standings after the first eight races of the season.

Sébastien Gougeon won the last qualifying stage of the Défi Urbain on Saturday, which secures him the leading position in anticipation of the race which will take place this evening at the GP3R.

Second at the finish, Raphaël Lessard was to start alongside him on the first line at the start, but during the post-race inspection, it was found that his car did not meet the minimum weight requirement. At best, he will occupy 21st place when the green flag is waved.

There will be 37 drivers at the start of this event which promises to be intense.

Ontarian Jake Cowden won the first race of the weekend in F1600 yesterday ahead of Sorelois Marc-Antoine Cardin and another Ontarian, Connor Clubine.

After leading the peloton of Leading at the start of the race, Didier Schraenen finished sixth. The Mont-Saint-Hilaire driver edged Michel Bonnet, from Boucherville, by less than a second at the finish line.