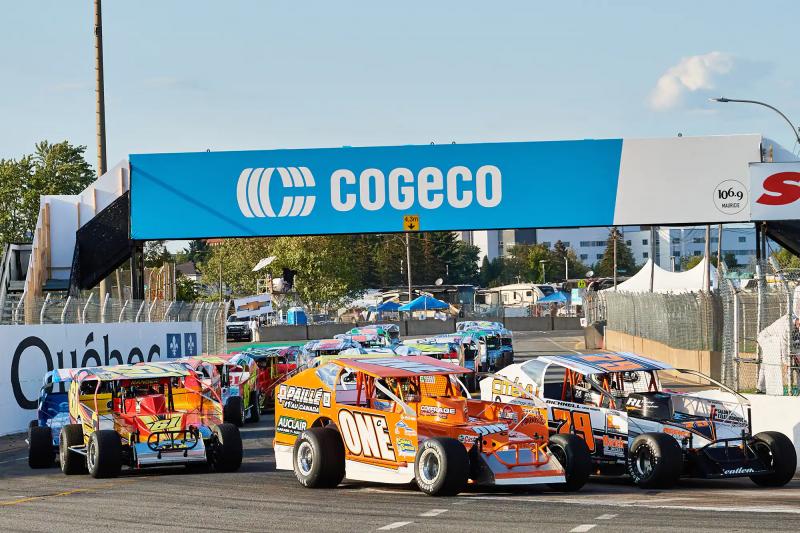 TROIS-RIVIÈRES | At the end of a race rich in twists and turns and marked by numerous interruptions due to accidents, Sébastien Gougeon, from Drummondville, won today the Chevrolet Urban Challenge contested in the streets of Trois-Rivières.

Marc-Antoine Camirand (2nd) and Maxime Plante (3rd) accompanied the winner on the podium.

Alexandre Tagliani crossed the finish line in fourth place, while Raphaël Lessard, who started from 20th place on the starting grid, made a brilliant comeback to finish in fifth position.

A first for Arseneau

This gain was expected for the Laval driver since he has seven leading positions in as many attempts since the start of the season. This time, he was able to keep the lead until the curtain went down.

Speaking of the son of comedian Michel Barrette, he confirmed his intentions to participate next year in the local NASCAR pickup truck championship organized at the Autodrome Chaudière in Vallée-Jonction.

Jacques Villeneuve settled for 18th place in the first race of the weekend in Modified Legends.

“I am happy to to have finished, especially after a disappointing qualifying session where I didn't even complete a lap,” said the 68-year-old veteran driver who had started from 22nd and last row when the starting signal was given. given.

The death of a pioneer

The world of motorsport in Quebec mourns the departure of one of its pioneers, Claude Aubin, died Saturday morning at the age of 82.

The man with the mustache will have been noticed in his roles as a stock-car driver, owner of oval tracks (including the Autodrome Saint -Eustace) e t race promoter.