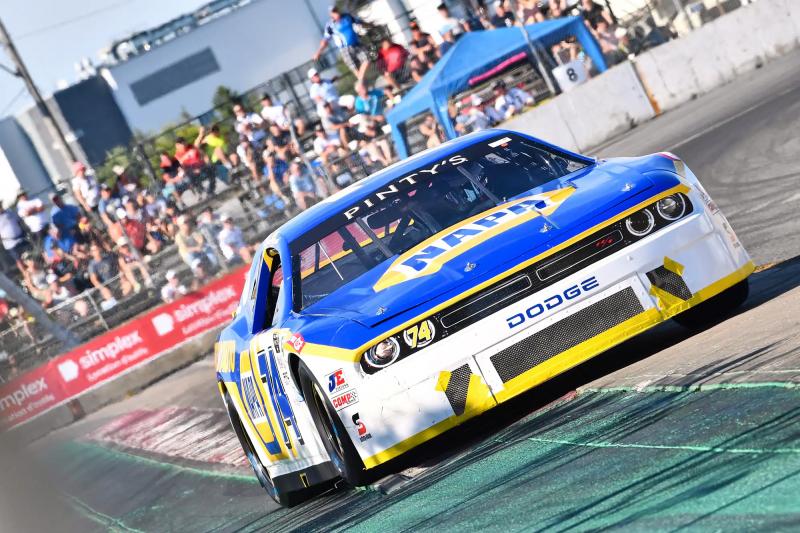 TROIS-RIVIÈRES | Unsurprisingly, Quebec drivers dominated the qualifying session of the NASCAR Pinty's Series in anticipation of the Grand Prix de Trois-Rivières which will be contested this afternoon.

Kevin Lacroix celebrated the arrival of his new sponsor, NAPA Auto Parts, to achieve the lead position with a time of 1 min, 06.947 s. Marc-Antoine Camirand (1:06.964) will accompany him on the front row at the start.

As a reminder, the last seven editions of the GP3R have been won by Quebecers.

The 1997 Formula 1 world champion experienced brake problems during the morning free practice session, which were not resolved for the qualifying stage.

The day had however started badly for Lacroix when his mechanics had no choice but to change the engine of his racing car.

“The team worked hard and I am grateful, said the one who is aiming for a third victory at the GP3R. I'm happy to go first. I prefer to be in front of the peloton so that I don't have to chase another rider. »

Lacroix won the last road course of the series presented in Toronto in mid-July.

< p>Camirand gave himself a last attempt to take the lead from Lacroix, but his fourth lap in qualifying was not fast enough.

“I am very satisfied with my second place on the starting grid, said the driver from Saint-Léonard-d'Aston. Especially since in the morning, we had carburetor problems. »

Camirand has accumulated many victories in Trois-Rivières, but never in the NASCAR Pinty’s Series.