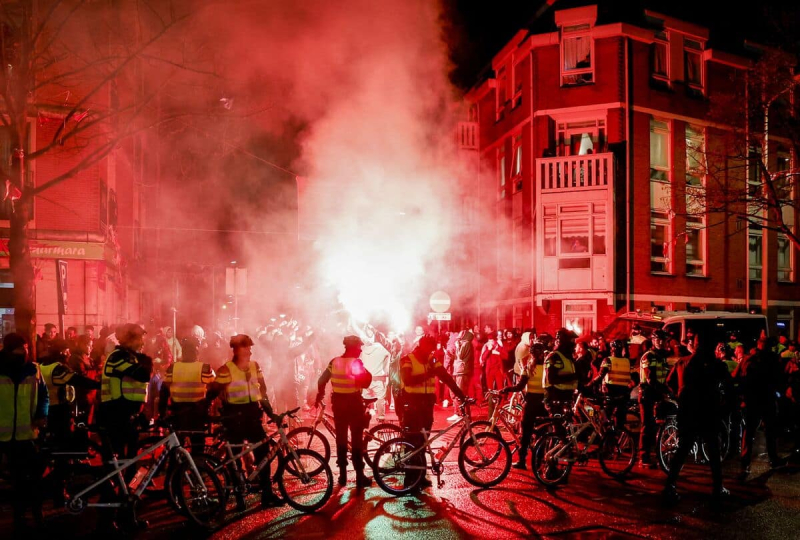 Police intervened in several Dutch cities on Tuesday evening after Morocco's historic qualification for the quarter-finals of the 2022 World Cup, celebrated in the streets by many supporters of the Moroccan community.

The police said they had evacuated two squares, in Amsterdam and Rotterdam, after heavy fireworks.

In The Hague, police said they arrested three people after asking supporters to clear a street in a working-class area.

“We ask the troublemakers to go home and continue celebrating the party quietly at home,” a- she added.

In Rotterdam, riot police dispersed a group of “troublemakers” who had gathered in a square.

“There are a lot of people in the center of Rotterdam after the victory of Morocco. Traffic is at a standstill in several places,” Rotterdam police said on Twitter, calling on people to avoid the city center.

Morocco took Spain out on penalties on Tuesday (0-0 a.p.) to afford a historic quarter-final at the 2022 World Cup and erase the terrible disappointment of 1986 at the same stage of the competition.