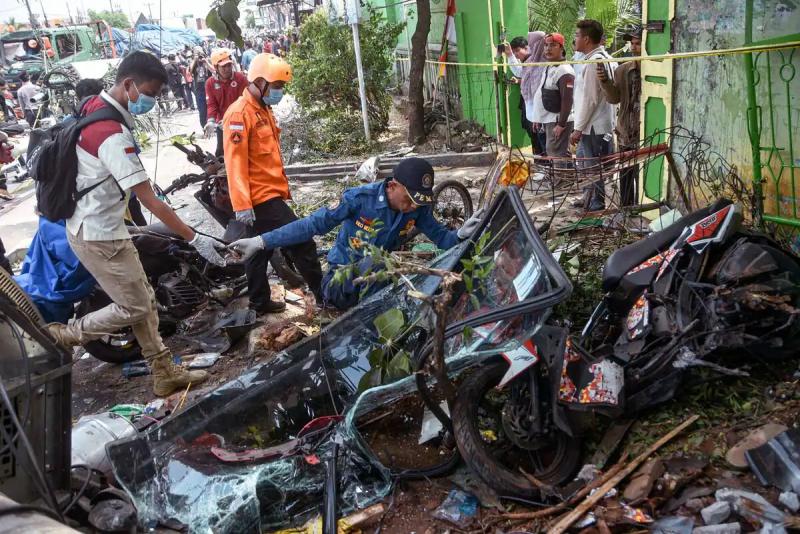 At least ten people were killed, including four children, and more than 20 injured on Wednesday when a truck slammed into a bus stop outside a school near the Indonesian capital Jakarta, police said.< /strong>

The driver of the truck transporting metal rods in Bekasi, West Java Province, lost control of the vehicle around 10:00 a.m. local time (0300 GMT) and crashed into a stop bus where schoolchildren were gathered.

At least 23 other people, including primary school children, were injured and taken to two nearby hospitals for treatment, he added.

Footage from the accident show debris and twisted pieces of metal at the site where rescuers assisted the victims.

Police have opened an investigation to determine the cause of the accident.

“At this point, we have not seen any signs of brake problems, but the investigation is ongoing,” said Latif Usman.

The driver has been taken into custody, but not yet questioned due to his state of shock.

Road accidents are very common in the Southeast Asian country of 270 million inhabitants, where the Highway Code is poorly respected and vehicles poorly maintained.

In April, 16 people, including a child, were killed and more than a dozen injured in the accident of a truck which crashed against a cliff while descending from a mountain in Papua, at the extreme west of the Indonesian archipelago.