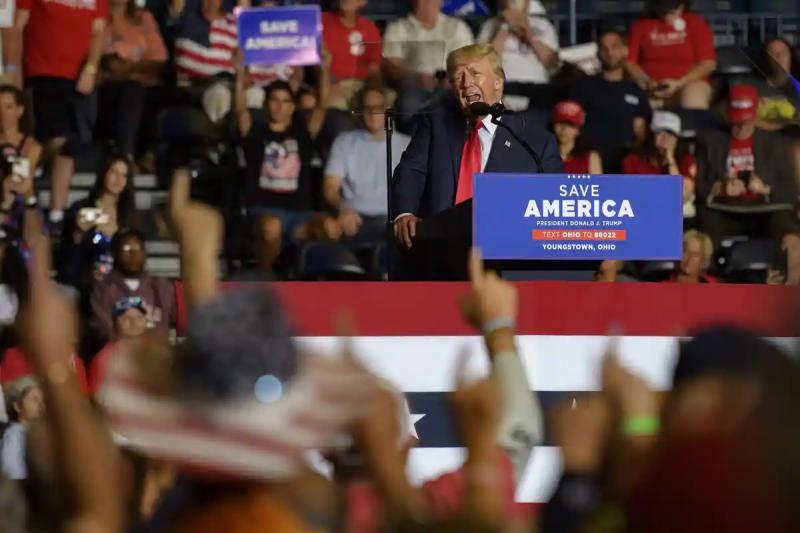 Even after six years of Trump's disheveled presence as a politician, columnists are still being asked why they consistently come across as opposing all things MAGA.

I have lost count of the number of times I have answered that I can comment on or analyze facts or theories that have an anchor in reality, but that I simply cannot give the same importance to chimeras.

If only to support what I say with an example, why not come back to the links between Donald Trump and QAnon ? This political movement that abuses conspiracy theories is associated with the rise of Trump. I've talked about it twice, here and here.

Each time I believe that this parallel universe populated by alternate realities no longer has any influence or that one of their famous predictions fails, I tell myself that it is a step forward for the greater good. But, each time, QAnon picks itself up.

If you take a look this morning at the media coverage of the weekend, you will not be able to escape the call of the foot made to the conspiracy movement by the 45th president. Not only did he relay false data from QAnon on his social network, but on Sunday he even ended his speech in Ohio on a musical background that sounded mistakenly like the anthem of the conspirators.

Oh my goodness — Trump's hypnotic rant about how the US is declining is now set to dramatic music. Weird and very cult-like. pic.twitter.com/t8plMS4nY6

What should be negligible, laughable nonsense now poses a threat that authorities cannot ignore. When one observes the tenor of the messages – the most frequent being “the storm is coming” (the storm is coming) – or the fervor of the followers who see Trump as a messiah, there should be no doubt that the danger posed by the horde of the most Trumpist supporters.

Never, before recent weeks, had the former president gone so far in his association with the QAnon movement. During the speech in Ohio, part of the crowd immediately recognized the movement's anthem before raising their arms and then pointing an index finger in the same direction. The meaning of this gesture? A reference to the group's slogan: “Where we go one, we go all“.

It is very difficult to explain reasons for this closer rapprochement between Trump and QAnon, but almost all observers noted that for the first time last week, the 45th president released a photograph in which he wears the Q pin.

< p>I have deep respect for those whom the system no longer listens to or abandons. I wish more of us would not ignore or despise this hatred. If we don't, many will want to channel it into causes that are not noble or safe.