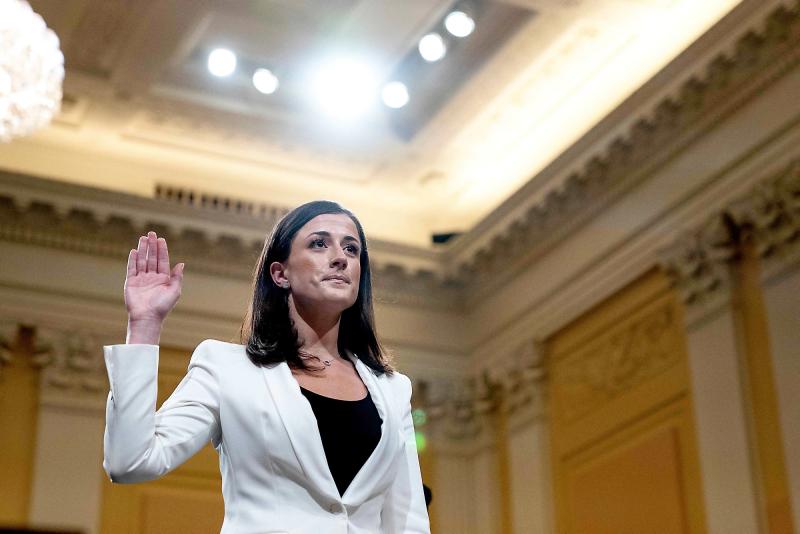 Surprise testimony to the commission on the January 6, 2021 case clearly exposes Trump and his inner circle to criminal charges.

Eighteen months after the assault on the Capitol, it is the word of a 26-year-old young woman who could tip the scales towards criminal charges against Trump.

We thought we knew everything about these events, but this testimony is came to add several layers, including a layer of ketchup on a wall of the White House where Trump, out of control, had launched his meal.

Trump wanted to lead the assault

We already knew that Trump had a hot temper that should have disqualified him from the presidency from the start and that prompted many to think of the 25th Amendment to neutralize him in his last weeks. This latest testimony adds evidence that demonstrates the ex-president knew there were armed protesters among the crowd he encouraged to storm the Capitol and insisted on leading himself. load.

Trump's defense was based on the thesis of a spontaneous demonstration by honest citizens into which a few exasperated supporters and “antifas” disguised as Trumpists would have slipped in. The testimony of Cassidy Hutchinson destroys this scenario. The storming of the Capitol was the culmination of a seditious conspiracy in which it has become virtually impossible to argue that Trump was not a central player.

Cassidy Hutchinson was assistant to chief of staff Mark Meadows and she was close to Trump at several key points. Her sworn testimony will outweigh the statements to the contrary by those who refuse to testify under oath.

For example, she claims to have heard from Meadows and Rudy Giuliani that they asked to be pardoned by the president, which in law constitutes a strong presumption of “consciousness of guilt”.

We also learned on Tuesday that several people heard by the commission were pressured by Republican officials who were trying to silence them. Witness intimidation is a crime.

Trump's reactions indicate that he seems distraught and won't be able to help himself from continuing to dig his own hole in the coming months.

Normally, such a deluge of incriminating revelations would have catastrophic electoral consequences for the Republicans, but they continue to sail briskly towards a resumption of control of Congress in November, riding the wave of galloping inflation.

The Supreme Court's radical strike against abortion rights should make them lose some points, but the impact of possible criminal prosecutions against Trump and his entourage remains difficult to assess.

Elected Republicans must now maneuver delicately between two pitfalls. If they remain in solidarity with a Trump mired in his crimes, they risk losing support at the center, but if they admit the evidence of the ex-president's criminality, they will alienate the supporters locked in the cult of Trump.

It should come as no surprise that Democrats seek to keep the Jan. 6 commission front and center…and Republicans pray that the price of gasoline continues to climb.