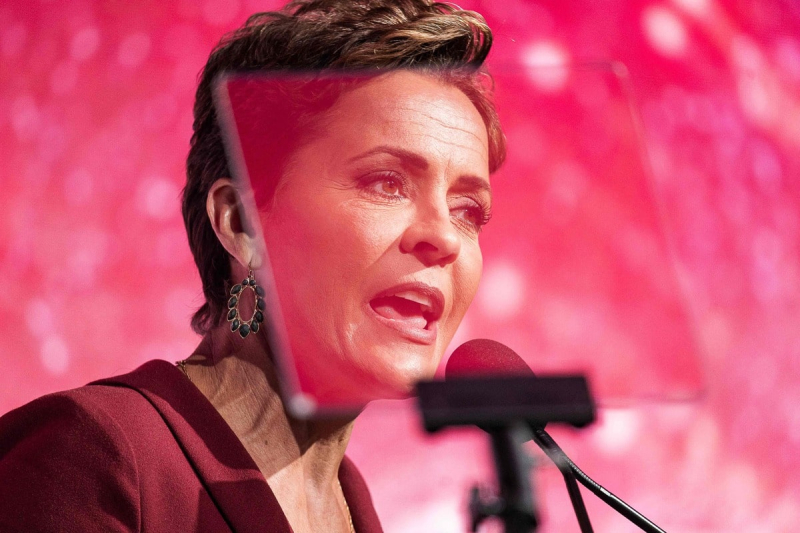 A Republican candidate supported by Donald Trump, Kari Lake, failed Monday to seize the seat of governor of Arizona, according to media, a new setback for the ex-president, who must announce her 2024 presidential candidacy on Tuesday.

At the end of a tight race in this key state, Democrat Katie Hobbs won against this emblematic figure of Trumpism , according to CNN and NBC.

Kari Lake convinced that the 2020 presidential election was stolen from Donald Trump – despite the lack of evidence – had refused to clearly indicate that she would accept the result of her own ballot.

This 53-year-old woman, who claims the sobriquet of “Trump in a petticoat” which the left has decked her out, was one of the outstanding personalities of this campaign . She was seen as one of the Republican's lieutenants during the midterm elections, the polls of which took place on Tuesday.

But many of his foals have disappointed, weakening his position within the Republican Party. Especially since he has to face competition from Ron DeSantis, governor of Florida re-elected in triumph, who is said to have presidential ambitions.

Donald Trump, who has promised a “very big announcement” for Tuesday, should, in all likelihood, formalize his candidacy for the presidential election of 2024.