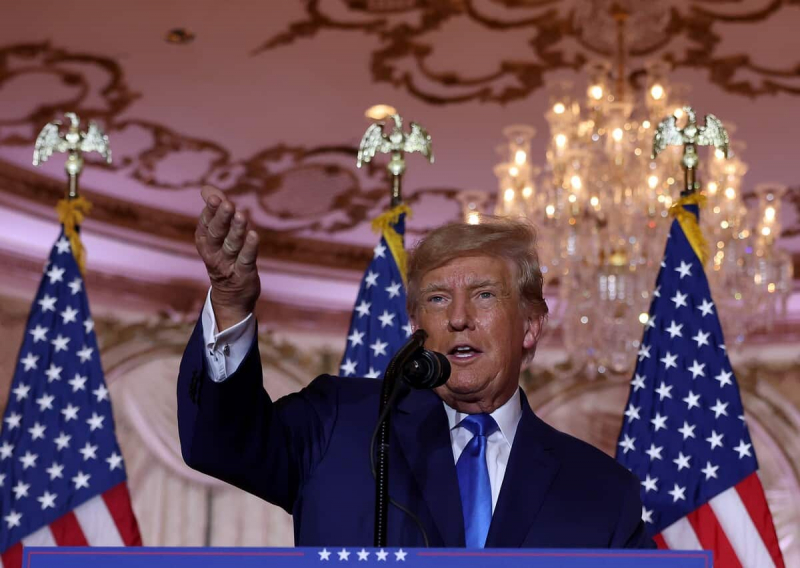 Former US President Donald Trump, rumored to be ready to run for the White House again, will declare on Tuesday that he is a “candidate for the election” of 2024, one of his close advisers confirmed on Friday.

The real estate mogul had previously hinted that he could run, promising that he would make a “big announcement” from his Florida residence, Mar-A-Lago – the content of which no longer really aroused suspense in recent days.

“President Trump will announce on Tuesday that he is a candidate for the presidential election. And it will be a very professional, very neat announcement,” said his adviser Jason Miller on “War Room”, the podcast of Steve Bannon, another close friend of Donald Trump.

The 76-year-old Republican considers that the question of his candidacy “does not even arise”, explained Mr. Miller, saying he spoke to him earlier in the day.

“Of course I present myself . I'm going to do this, and I want to make sure people know that I'm fired up and that we need to get the country back on track,” Donald Trump allegedly assured him.

“Everyone knows I'm going to show up, so let's go,” he reportedly added.

Donald Trump's candidacy will be his third in the White House. But even if his influence on the Republican Party remains undeniable, he emerged weakened from last Tuesday's midterm elections, during which many of his lieutenants disappointed.

The conservative “wave” so hoped for by his Support has not surged, and while the final results are yet to be known, Democrats appear to have managed to limit the damage.

The Republicans seemed well on their way to winning a majority in the House of Representatives, but they were still seven seats short.

As for the Senate, a vote in Nevada and another in Arizona could be decisive. If a party wins these two seats, it wins the upper house.

But if one goes to the Republicans and the other to the Democrats, Americans will have to be patient. Everything will then be played out in Georgia where, none of the candidates having collected the 50% of the votes necessary to win the senator's seat at stake on Tuesday, a second round will be organized… on December 6.

Unlike Donald Trump, Florida Governor Ron DeSantis, triumphantly re-elected, is crowned with the image of the big winner of this election season. The victory of this new star of the hard right consolidated his place as a potential rival of the ex-president for the Republican nomination.

This did not escape the billionaire, who chained this week stings and mockery against the one he nicknamed “Ron-la-Morale”.

And, coincidence of the calendar or not, Tuesday will also be the day of the release of the memoirs of another possible competitor of Donald Trump, his former vice-president Mike Pence.

The 2024 election could be a remake of that of 2020: his then opponent, current Democratic President Joe Biden, reaffirmed this week his “intention” to run for a second term. But he took care to postpone any final decision until next year.