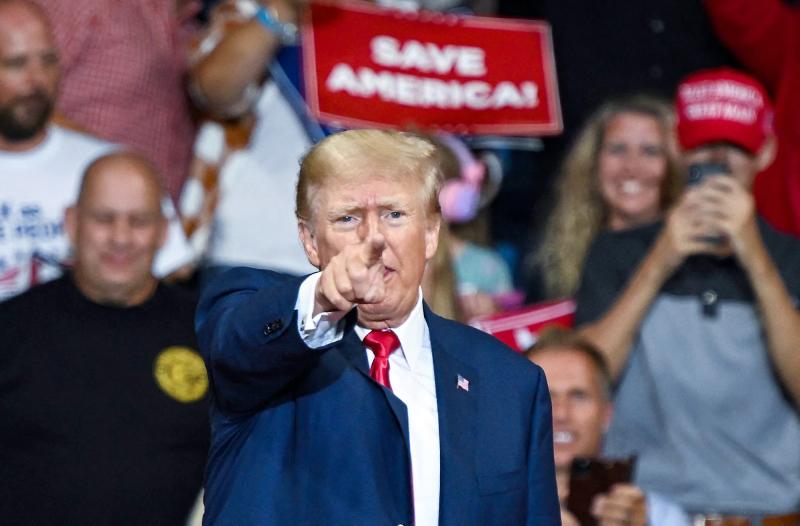 How should the media react when the leaders of major parties clash and one tries to tell the truth while the other lies outright?

In the United States, it is tradition that the media strive for balance in their coverage of major parties, but the transformation of the Republican Party into a personality cult of Donald Trump and a vehicle for his authoritarian aspirations makes this norm problematic.&nbsp ;

Some reactions to recent speeches by Joe Biden and Donald Trump raise fears of the normalization of lies.

Biden was careful not to encompass all Republicans in his criticism of radicals who deny the 2020 election results, trivialize the events of January 6, 2021, condone far-right political violence, and believe Trump is immune to any prosecution for the potentially criminal acts he obviously committed.

Biden laid out a democratic truth that Trumpists refuse to accept: “You can't call yourself a patriot and love your country only when you win.” He denounced their attempt to overturn the results of the 2020 election and their preparations to do it again in 2024.

The height of the scandal: Biden called these “MAGA Republicans 'semi-fascists'”.< /p>

Whether we like the allusion to fascism or not (or the “semi” prefix), there was no blatant falsehoods in Biden's speech. Objectively, Trumpism represents a threat to American democracy.

Following this speech, Trump and his apologists countered that it is the “far-left radicalism” of the Democrats that threatens democracy, a wacky argument. They frantically denounced all the superficial aspects of Biden's speech, without refuting the content.

On Saturday, Trump gave probably the craziest speech of his career in Pennsylvania (which is saying something). He multiplied lies, exaggerations and ad hominem attacks against Democrats, in addition to attacking those who recovered the documents he had stolen when leaving the White House.

Can we honestly grant the same value of truth to these two discourses? Such blind application of the standard of balance normalizes lying. However, this is what several press organizations will do between now and the legislative elections next November and until the presidential election of 2024.

To CNN, the bosses signaled their intent to seek that kind of balance. The network thanked the excellent reporter John Harwood, who dared to contrast on air the truths of Biden and the lies of Trump.

On the side of Politico, the newspaper Beltway insiders, the new owner also signaled his intention to consider Trumpism a normal expression of mainstream American politics.

Even major newspapers and mainstream networks, including the editorial teams are aware of Trumpism's threat to democracy, will strive to uphold the sacrosanct standard of balance, and in doing so will help fuel that threat.

Trumpism does not is not normal. Between truth and falsehood, there is no middle position that can hold.