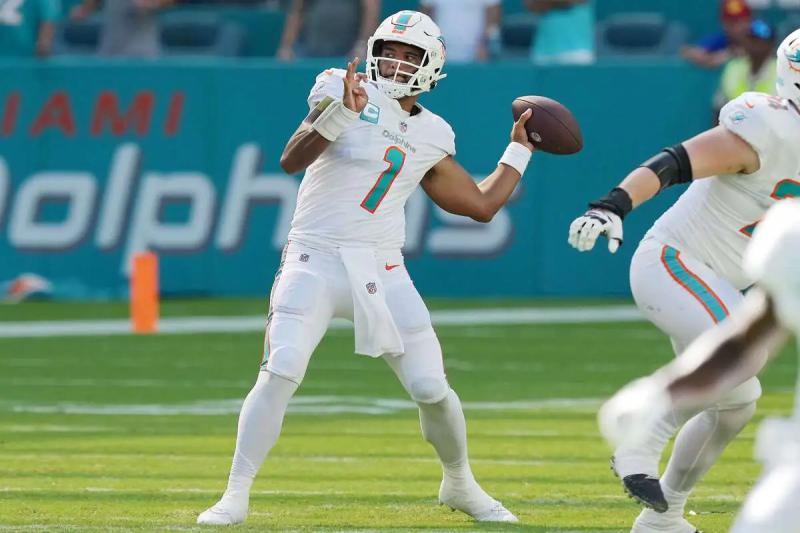 The NFL Players Association (NFLPA) has opened an investigation into the management of concussion protocol regarding Miami Dolphins quarterback Tua Tagovailoa.

This is what the NFL Network learned Sunday evening, a few hours after the confrontation involving the Florida team and the Buffalo Bills.

In the second quarter of this duel, Tagovailoa was hit hard and his head seemed to hit the ground. The pivot took a little while before getting back to his feet and then lost his balance twice. He was then escorted to the sidelines.

Goodell Tour protocol states that a player should be automatically removed from the game for testing if they experience symptoms of a concussion.< /p>

Tagovailoa was briefly replaced in the scrum by Teddy Bridgewater, but returned to his position behind the center in the second half. The Dolphins announced that their athlete did not suffer from a head injury, but rather a back injury.

“He kind of twisted his back pretty badly in a quarterback sneak earlier,” head coach Mike McDaniel said in a postgame news conference. When he hit his head on the ground, I assumed it was a head injury, but his legs wobbled because his lower back was completely numb.”

” I felt pain in my back and especially after the contact, for his part affirmed Tagovailoa. Anyone would have done the same as me. I am a competitor. I tried to give everything I had to be able to stay in the game.”

It seems that these explanations have not convinced the NFLPA who want to shed light on this case. Under the current collective bargaining agreement, the union, the NFL Board of Management or any players have the right to file a complaint if they believe concussion protocol has not been followed. This will then be the subject of an investigation, led by the first two actors named above.