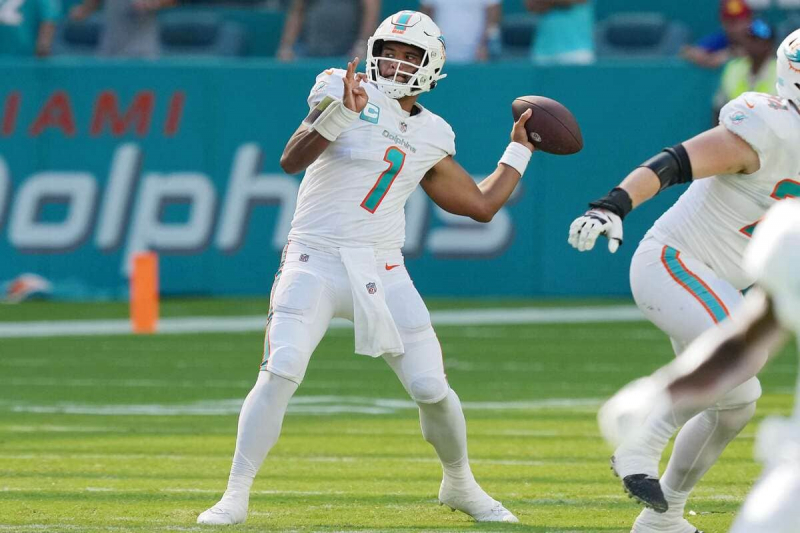 Miami Dolphins quarterback Tua Tagovailoa threw passes for the first time in two weeks during Wednesday's practice, but his participation in the next game is already ruled out.

As reported by ESPN's local network, the center will miss Sunday's game against the Minnesota Vikings, head coach Mike McDaniel has confirmed. As a result, Skylar Thompson will be in action behind center.

During the media portion of the session, Tagovailoa made 25-30 yard throws. He remains under concussion protocol after being concussed in back-to-back games on September 25 and 29 against the Buffalo Bills and Cincinnati Bengals, respectively.

At the first occurrence, the quarter left visibly disoriented, while at second he ended up on a stretcher before being sent to hospital. This prompted the Players Association and the NFL to change the current protocol.

Thompson replaced Teddy Bridgewater, who was injured during Sunday's matchup against the New York Jets. He completed 57.5% of his passes for 166 yards and an interception, his team dropping the flag 40 to 17.