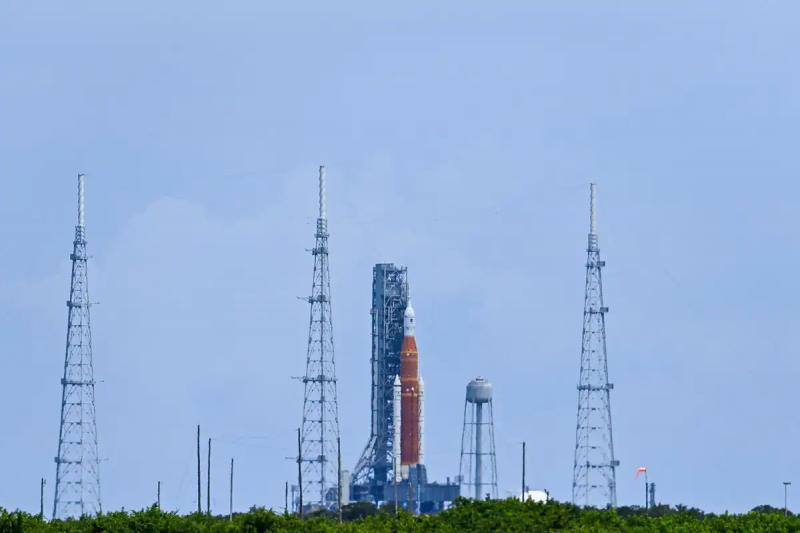 Difficulties ensue for the first take-off of NASA's new mega-rocket for the Moon.

After two failed launch attempts a few weeks ago due to technical problems, the new attempt scheduled for Tuesday for this Artemis 1 mission is now threatened by a storm forming in the Caribbean.

The “tropical depression number nine” does not yet have a name, and is currently located under the Dominican Republic. But it should turn into a hurricane in the coming days, and go up via the Gulf of Mexico to Florida, where the Kennedy Space Center is located from where the rocket is to take off.

“Our plan A is to stay the course and have a liftoff on September 27,” Kennedy Center official Mike Bolger said Friday. we need a few days to pivot from our current configuration (…) and return the rocket under the protection of its assembly building,” he added.

“We will probably make a decision no later than tomorrow morning (Saturday morning, editor’s note), or early afternoon,” Bolger said.

The orange and white rocket SLS can withstand, on its launch pad, wind gusts of up to 137 km/h.

If it must be sheltered, the current firing period, which extends up to to October 4, will be missed. The next period extends from October 17 to 31, with one possibility of takeoff per day (except from October 24 to 26 and 28).

This setback would be a blow for NASA, which comes just overcome two other problems.

At the very beginning of September, the takeoff had been canceled at the last moment because of a liquid hydrogen leak when filling the tanks with this fuel. A damaged seal has since been replaced, and NASA passed a ground test this week to verify the repairs. extend the certification period for the batteries of the rocket's emergency self-destruct system. This exemption had to be granted in order to be able to take off on Tuesday, or on the fallback date, October 2.

Tuesday, the firing window must open at 11:37 a.m. local time, for 70 minutes. If it takes off that day, the mission will last 39 days, until landing in the Pacific Ocean on November 5.

It will not carry astronauts, Artemis 1 will serve to verify that the Orion capsule, at the top of the rocket, is safe to transport a crew to the Moon in the future.