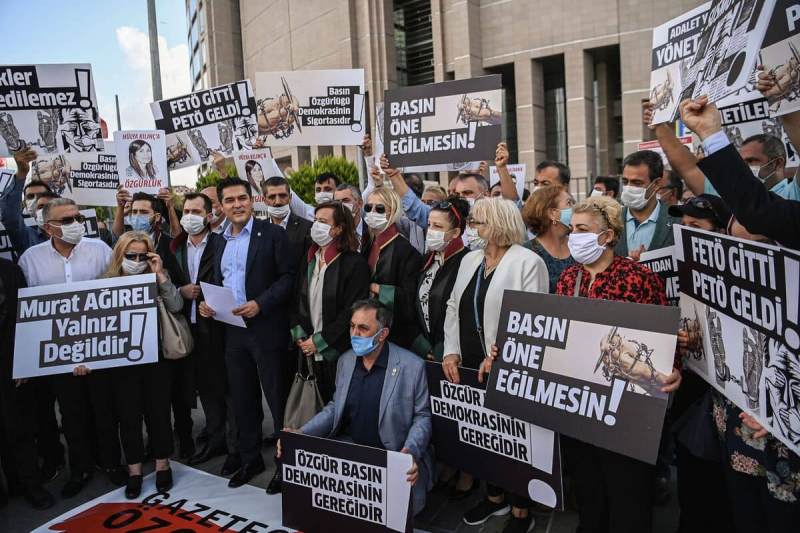 A dozen journalists from pro-Kurdish media were arrested in six Turkish provinces on Tuesday, a week after a law came into force punishing imprisonment for spreading false news, the Syndicate reported journalists from Turkey.

“Ten of our colleagues [were] arrested during operations in Ankara, Istanbul, Van, Diyarbakir, Urfa and Mardin,” the union said. TGS on Twitter, without specifying the reasons for the arrests.

The arrested journalists, including four women, work for the pro-Kurdish news agencies Mezopotamya and Jinnews, according to the journalists' union.

The Mezopotamya agency has confirmed that seven of its journalists have been arrested.

Sixteen Turkish journalists were imprisoned at the end of June for “belonging to a terrorist organization” in Diyarbakir, in the Kurdish-majority southeast of Turkey.

Turkey passed a decried law on disinformation in mid-October which, to hu month of the general elections, punishes up to three years in prison anyone accused of spreading “false or misleading information”.

NGOs regularly denounce the erosion of press freedom in Turkey, which ranks 149th out of 180 in the 2022 press freedom ranking published by RSF.