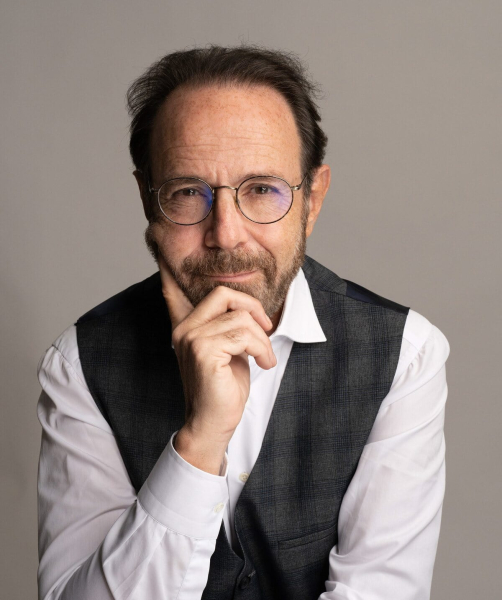 For more than 20 years, Marc Levy has been the most widely read French writer in the world, with more than 50 million copies sold and translations into 50 languages. He is also a very popular writer in Quebec and his fans will be delighted to learn that he will be at the Salon international du livre de Québec next April.

Agree with Robert Laffont/Versilio publishing houses, here is an excerpt from his new novel,Turn everything off and life turns on. This hopeful novel will be available in bookstores on Friday, November 25.

It tells the story of a woman who has always heard the story of people who met at the right and the wrong time, who love each other in secret or until their death… or who think they have really passed next to a relationship.

Don't miss my interview with Marc Levy, published in the Week-End section of Saturday, November 26.

Here is the extract from the novel

“When the bow of the ship dipped into the swell, he bent his legs slightly, his hands firmly clinging to the rail. A deceptive aplomb, because in truth, Jeremy did not feel comfortable. He wasn't seasick, but the insistent stares of the passengers told him he didn't belong here. Nobody spoke to him, yet we only talked about him. Whispers whose meaning he guessed perfectly. They scrutinized him, mocking his disheveled hair, his overly broad shoulders. We also laughed at her outfit. Only a scatterbrain could wear a suit, as sprays of foam lashed the deck. They laughed at him because he spent all this time on deck, almost motionless, his gaze fixed on the horizon line, as if watching for the appearance of a sea creature ready to spring from the waves.

When a stormy sea had confined the passengers to their cabins, he had stood there, contemplating the grace of the ocean, the changing blues and greens at the end of the world.

These gossips in no way affected the importance he attached to his trip or the pleasure of fulfilling a dream. Maybe that was why the others laughed, out of jealousy. How many of them could claim to have accomplished something so important; realize a dream without having begged anything from God, stolen anything from life? The other passengers were only there out of necessity, to get from one port to another, while for Jeremy the journey was more important than the destination, even if this was also part of the dream.

The ribs had disappeared in the gray of the morning. By noon, Jeremy had almost forgotten the journey he had endured to get to

time on the dock. From his distant suburbs, he had walked without counting his steps, along the four-lane road still deserted at this hour lost between two worlds, where the night is dying and the day is not born. When he had crossed the old Bigeley bridge, with his rusty metal skeleton, he had stopped to gather his strength and look at the river. A trunk carried by the current was sliding slowly towards the estuary, it would arrive before it and without effort, but Jeremy saw in this dead tree a comforting sign, he was moving in the right direction.

He then walked along the wasteland that borders the city, moors pierced with brackish marshes where the smells of a moldy nature mingle. The sky was tinged with yellow, turning from pale to saffron as Jeremy walked up the deserted avenues, dragging his tall figure past bars of buildings whose windows were beginning to light up. Then came the black shadows of elm trees in silent parks, the closed storefronts, the graves of sleeping cemeteries. Going down to the port, he had greeted garbage collectors, the only souls he met on the way. All that was now behind him, his suburbs, his work, and his memories. Facing the ocean that stretches to the curvature of the world, Jeremy fills his lungs and holds back his tears. He did not flee, he only left; he does not know what awaits him, but, as firmly as his hands cling to the railing, he believes that a better life awaits him. It is the strength of those who are no longer afraid to dream.”