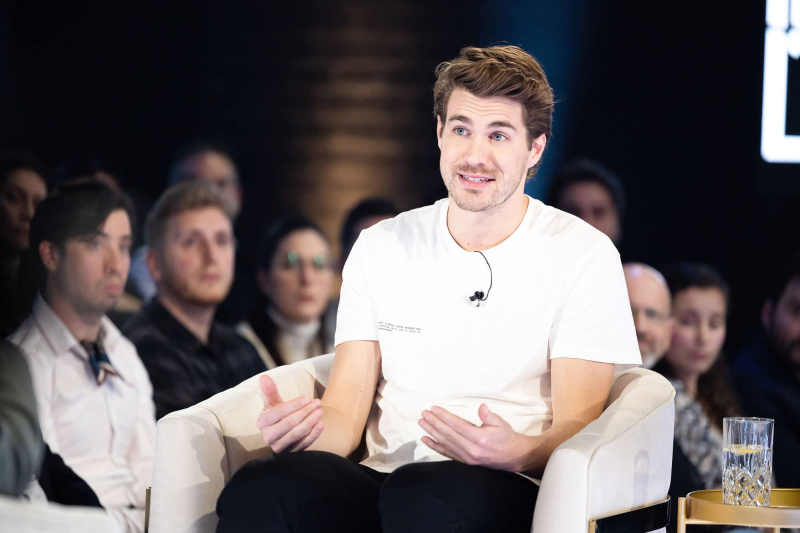 Several readers wrote to me after Julien Lacroix appeared on the show Le monde à l'envers at TVA, to ask me if my opinion of the comedian had changed.

However, my opinion has never focused on Julien Lacroix himself, but on a principle: that of the presumption of innocence in a state of law.

And in this case, the Friday night's interview only confirmed my convictions: the People's Court will never replace the justice system.

SHE SAYS, HE SAYS

< p>Before, during and after Julien Lacroix's interview with Stéphan Bureau, social media went wild. Everyone had an opinion on Lacroix's guilt or not, on his right to a second chance or not, on the credibility or not of his accusers.

I believe him,  “, shouted some. “I believe them, they!” shouted the others. Like Nero putting his thumbs up or his thumbs down in a gladiatorial arena.

However, viewers were not invited to a trial. No one asked them to be a member of the jury at the Cathodic Courthouse.

Lacroix was given a platform to talk about the human impact of journalistic investigations.

In my columns and on the radio, I never have never “defended” an individual. I have always defended a certain conception of justice.

At the risk of repeating myself, I will reiterate this: the only way to “close” definitively the Lacroix file is that the accusers file complaints on which the police can investigate. That the DPCP lay charges. That the parties have the opportunity to present evidence in court. That the accused have the right to make full answer and defense and to a fair trial. That the complainants have the opportunity to present their version of the facts. And let a judge give his verdict.

Other than that, everything else will be guesswork, gossip, rumors and hasty judgment.

The question now is: will the comedian be able to move on and turn the page, as he wishes?

Until he is convicted by a court, I see no reason why he should receive a sentence of professional death, internal exile or boycott.

Those who have a “  discomfort » faced with the mere presence of
Lacroix in the same room they have only to avoid him. But in the name of what would they prevent him from exercising his profession in front of an audience that wants to hear him?

While the real convicts, those who have served their real sentence and who have ”  repaid their debt to society » are entitled to reintegration programs, Lacroix would be treated as an outcast?

What a strange society that treats those who have been found guilty in good and due form less harshly than those who have never had the chance to defend themselves in due form.

It's… the world upside down.