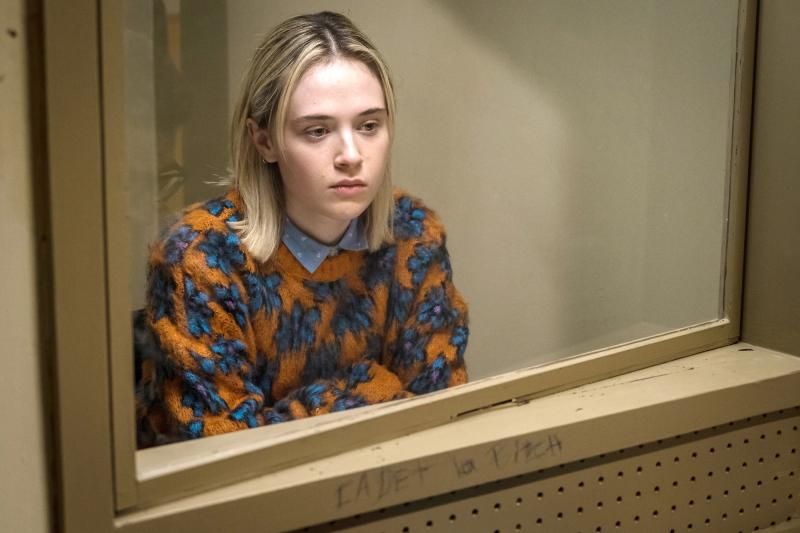 She played in District 31 and listened to François Pérusse's albums in the car with her family: Émi Chicoine was undoubtedly predestined to give the answer to Sébastien Delorme and François Pérusse in two projects which will be presented this fall. l

We will see Emi Chicoine this fall on TV when she will interpret the one of the clients of the lawyer played by Sébastien Delorme in Indefendable. We will also see her at the cinema in the skin of Shanie in Niagara, the film by Guillaume Lambert which will star François Pérusse for the first time.

Filmed at the start of the summer, her scenes in TVA's new daily drama Indéfendable allowed her to meet challenges she had never encountered before: a large quantity of scenes and a speed shooting sustained.

“Sebastien Delorme and I have a lot of scenes together and we had a crush on each other, she says. We worked really well together, he is super professional and very reassuring. It was a beautiful set where there was a lot of mutual support. »

She plays Mathilde, a sporty girl, who has a boyfriend and who has good grades at school , who will see his life capsize when an event occurs following a long period of isolation. “ We will get attached to her and we will understand her reality with flashbacks, a concept that we find a lot in the series, promises the 19-year-old actress. It really is a great project! »

“Niagara is the story of a father who dies due to an ice-bucket challenge, explains the actress. I only have two scenes, but they are intense scenes, because I play the ex-daughter-in-law of François Pérusse's character. These are scenes of confrontation between him and me. My character is rock'n'roll in look and character. »

These scenes that took him out of his comfort zone were directed by Guillaume Lambert. A director of whom she praises the clarity, the precision of the vision and the work in the pleasure.

” François Pérusse is comic and funny in life, assures the one who will start the filming of the season 3 of Eye of the Storm at the end of the summer. I even scared her a little with my heavy makeup and when I had to raise the tone in our scenes (laughs). »

BACK TO THE FUTURE

Thanks to a time machine, a teenager travels back to when his parents were his age. Starring Michael J. Fox as Marty McFly, Christopher Lloyd as Doc, and Lea Thompson.

MONEYBALL: THE ART OF WINNING

The general manager of a baseball team calls on an economist who has created a mathematical formula to compose the best performing team.

Lonely woman invites teens to drink and party in the basement -floor of his house, while preparing a terrible revenge directed against their parents.