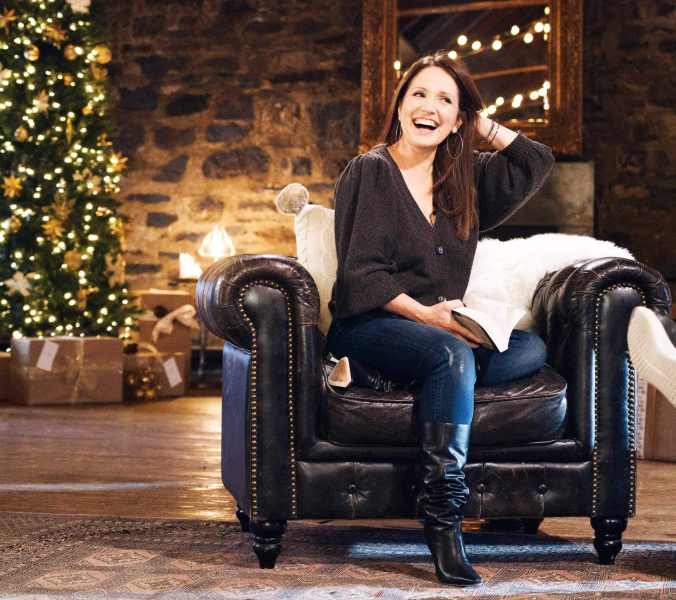 Holiday tradition obliges, TV opens its doors to us every day with exclusive festive content. To be discovered as the days go by on the way to New Year's Eve.

Director Kim O'Bomsawin highlights and celebrates the contribution of Indigenous peoples by meeting some thirty communities in Quebec, New Brunswick, Ontario and Maine. Women and men from the 11 First Peoples thus speak out and share their culture.

Julie transforms into Mrs. Claus and offers a meeting in two episodes with the mythical Backstreet Boys. This is an opportunity to hear them again in interviews and in songs.

Bells in the bungalow

Sébastien Benoît surrounds himself with friends for a special holiday season around well-stocked tables.< /p>

Masked singers – behind the scenes

We are taken behind the scenes of the most popular variety Of time. This is an opportunity to hear the artists talk about their journey on the show.

Joël Legendre offers a great interview with his childhood idol: Michèle Richard. An encounter with an artist who has marked our history of popular culture.

A special Christmas program with crazy thematic sketches led by the lit gang by Arnaud Soly.

The Millers embark on a trip to California and enjoy access to the zoos of San Diego and San Francisco where one of the largest exotic animal sanctuaries in the United States.

Who of Santa Claus, Mrs. Claus, the Star Fairy or the Red-Nosed Reindeer really knows how to sing? Rita Baga, Julie Snyder, Alex Perron, Julie St-Pierre and Marc Hervieux will attempt to solve the mystery on Phil Roy's festive set.

Fourth of 5 specials. This presents itself as a journalistic gala that focuses on the blunders and unforeseen events of information people. It's always very funny. A tribute will also be paid to Miss Weather.

The Newbies once again liven up this festive gathering to which Marie-Chantal Perron, Louis Champagne, Karine Gonthier-Hyndman, Véronique Claveau and so many others. There will be music, sketches and a good laugh.

< strong>Set for the Holidays with Roch Voisine

The popular singer welcomes us to his chalet in Saint-Alexis-des-Monts. He hosts the Hay Babies and Luc de Larochellière.

Guy Jodoin hosts this party in humor and music with Eric and Sonny Caouette known as the duo 2Frères, Guylaine Tanguay, Dominic Paquet and Brigitte Boisjoly. The winnings are donated to the Media Guignolée.

As only he knows how to do, a great comedy get-together in an electrifying atmosphere as fellow comedians, actors and singers come to celebrate on stage with him.

Dominic Arpin and his team in make it a tradition: to offer us the most entertaining web has to offer for the holidays.

The true nature of Christmas

Christmas , a tradition in song

The focus is on Quebec, its memories and what characterizes its life. With chef Dany St-Pier and singer Geneviève Jodoin. We will see dog sledding, hockey, ice fishing.

Boucar Diouf opens the door the door of his home and shares the meal with us. His wife and two teenagers are there, as are anthropologist Mathieu Poulin-Lamarre, nutritionist Hélène Laurendeau, pastry chef Christian Campos and actress Hélène Bourgeois-Leclerc.