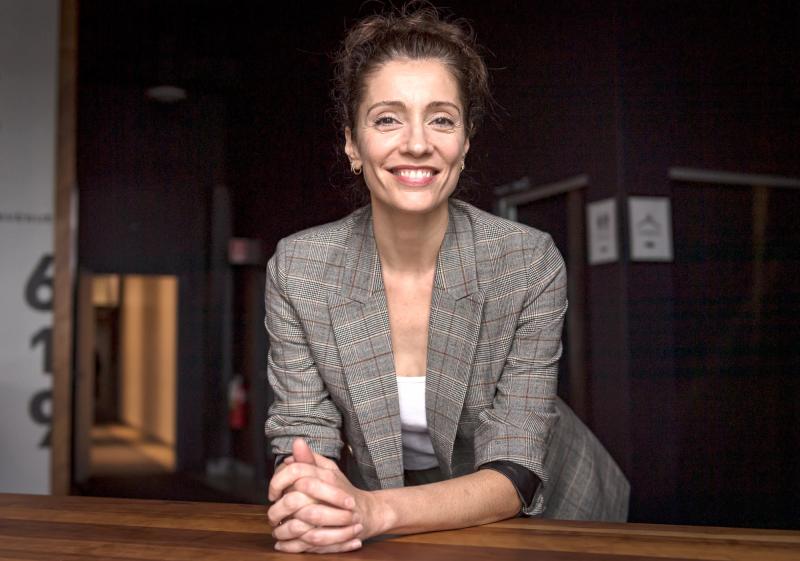 There are two female characters who first appeared on television at the end of the 1970s and were particularly appreciated by a young Marilyse Bourke. The first woman was flesh and blood while the second was a product of animation. But regardless of their origins and their character traits, Passe-Carreau and Lady Oscar greatly pleased the future actress.

Marilyse, which youth programs have made a lasting impression on you?< /strong>

I was a big fan of the show Passe-Partout[the first generation was born in 1977, Ed]. I listened to it for a very long time. I really liked Passe-Carreau [played by Claire Pimparé, Ed]. I found her so beautiful and kind.

What are your fondest childhood television memories?

Saturday mornings were times that I loved. All programs were aimed at young audiences. As soon as I woke up, I listened to my favorite cartoons. I also loved Ciné-gift. It was a magical moment. Movies only for children, but in the evening. And it was associated with the holiday season. Even if I had already seen certain films, I re-watched them with great pleasure every year.

< p>At home, the TV was always on. We listened to TV even during meals. So, yes, I consumed a lot of TV, with shows of all kinds. For children and adults alike.

Perhaps not influenced, but the courage, determination and difference of Lady Oscar [the heroine of the series d Japanese animation of the same title unveiled at the end of the 1970s, Editor's note] impressed me.

Is there still a song from a show that sticks in your mind?

All the songs from Passe-Partout, the opening song from Lady Oscar and many more…

I would have liked to have played in A galaxy near you >. The madness, the humor and the characters are delicious.

What worlds did you want and would you like the children to discover?

I makes you discover the songs of Passe-Partoutvery young to my children [Victor, teenager, and Rachel, preteen, Ed] and also the brand new version of the TV show. And if one day I get my hands on the Lady Oscar series, I will also make them discover it with pleasure, by listening to it with them…

In In closing, what do you think of today's Quebec youth TV?

Youth TV is rich. High-quality programs are part of the Quebec landscape. They are both educational and entertaining. Hats off!

♦ The actress that many viewers appreciated in the award-winning TVA soap opera O' , in which she lent her features to Louisa O'Hara, will be back several times a week on the small screen from August 12. Marilyse Bourke will play a lawyer in the legal production Indefendable that TVA will offer from Monday to Thursday at 7 p.m. and 10 p.m. Sébastien Delorme, Anne-Élisabeth Bossé and Michel Laperrière are, among others, also part of the cast.