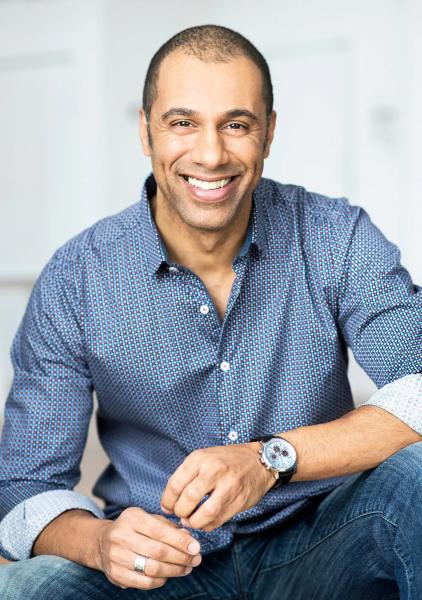 Just like sports, television has carved out a place for itself in the daily life of the child that was Martin-David Peters. The actor discovered the small black and white screen, quickly getting to know the duo Sol et Gobelet or even Bobino, whose sister, Bobinette, was a puppet.

< strong>Martin-David, which children's programs have made a lasting impression on you?

Spontaneously, I would say Sol et Gobelet and the Japanese cartoon Albator. Sol and Gobelet for the black backdrop, the absurd humor of the characters and Sol's patched coat. Albator for the music, the long, wordless stares and the melancholy of interstellar space.

What are your fondest childhood TV memories?< /strong>

When my sister Katherine, my brother Stéphane and I watched Jerry Lewis films together. We laughed out loud!

Yes, too much! In my youth, it was sports and TV. And I knew black and white TV. With humor, my mother told us that we could imagine the colors we wanted!

I would say the character of Sol and, above all, his interpreter, Marc Favreau. His playing was subtle, full of humanity. His writing was full of inventiveness and finesse. This man was a genius!

Is there one more song from a show that sticks in your mind?

The Grendizer song ! “He crosses the whole universe/As fast as light/Who is he? Where is he from ? »

Is there a character that you would have liked to play for children?

Bobino [to which Guy Sanche gave life for more than 5,000 episodes spread over almost 30 years, editor's note], certainly! With his bowler hat and his cane, his elegance, his ability to listen to children and his indulgence when people play tricks on him…

What universe did you want the children to discover?

I tried to introduce my daughters to the world of Disney (Mickey Mouse, Minnie, Dumbo, Donald Duck…), but nothing worked. Only Bambi was able to interest them… with a few tears in his eyes for the young deer.

What do you think of today's youth TV?

Today's youth TV must compete with the whole world. Young people have access to so much entertainment on the internet! But the strength of our programs here remains and will always remain, in my opinion, their great creativity.

♦ Martin-David Peters will enjoy great visibility on TV this fall thanks to the new series Indefensible and My Mother, both expected at VAT. He will also take the stage for performances of the play My name is Mohamed Ali, a tribute to the famous boxer which will be presented at the Quat 'under from 6 to 21 September. To this, we add his participation in the humorous web series Completely high school 2 currently being filmed and his acting in the film Viking, a production by Stéphane Lafleur which should be shown on cinema screens by the end of the year.