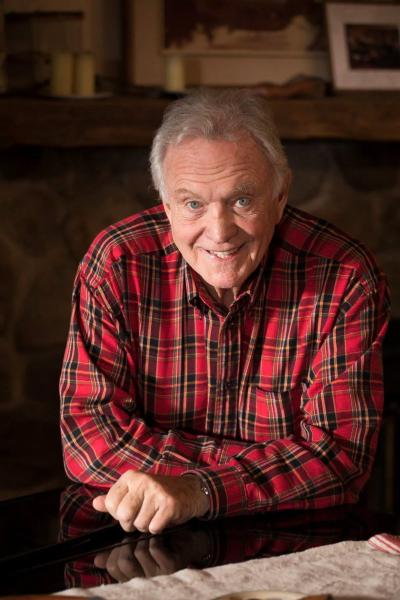 Following the death of host Pierre Marcotte, TVA is rebroadcasting this Sunday the episode of “La vrai nature” in which he participated with Pénélope McQuade and Véronique Hivon.

Host Jean-Philippe Dion is devastated by the death of Mr. Marcotte.

“This is the first time that a guest of “La vrai nature” deceased. It's a shock. My thoughts go out to the family and loved ones of Pierre Marcotte. I also have a very special thought for the mother of his son, Shirley Théroux,” he wrote on his Facebook page on Friday.

This son he had with Shirley Théroux's name is Bruno-Pierre. Pierre Marcotte had another son, Pascal, with his first wife, the singer Ginette Ravel.

Mr. Marcotte also brewed business. He was the owner of Restaurant Hélène-de-Champlain, in Parc Jean-Drapeau, in Montreal.

He was hailed for his generosity and his good humor after the announcement of his departure on Wednesday, following complications related to COVID-19 at the Institut universitaire de cardiologie et de pneumologie de Québec. A true gentleman, he was 83 years old and was to go on stage in September at the Cabaret du Casino de Montréal, surrounded by friends to share anecdotes and memories in good humor, music and humor.

The episode of “La vrai nature” with Pierre Marcotte will be offered in replay to viewers this Sunday, at 10 p.m., on TVA.