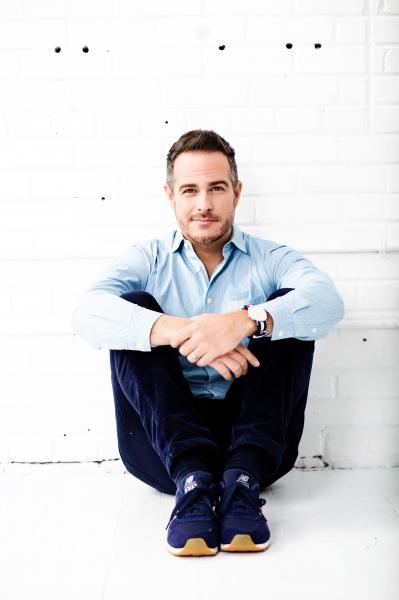 Infused with popular music and video, Shakespeare's Twelfth Night is sure to bear the director's signature Frédéric Bélanger for his first collaboration in this capacity at the TNM.

“This classic has been edited so many times that I had no interest in doing it again as before,” he said in a telephone interview. There will be song and instruments on stage with drums, keyboard and electric guitar. Some tracks were written for this show.”

The director worked with the prolific author Rébecca Déraspe who adapted this 17th century comedy. This story tells the fate of a man and a woman, twins, who are shipwrecked on an island ruled by a duke. Not knowing that the other is still alive, the brother and sister evolve on their own in this new universe, which causes misunderstandings in love involving a countess who refuses the advances of the master of the place.

“The jester played by Benoît McGinnis is the narrator of the story, notes Frédéric Bélanger. […] We did some cleaning. We shredded some passages to rewrite them.”

For example, the duke is at the head of a “boys band à la Jonas Brother”, underlines- t-il.

By re-immersing himself in this work, the co-founder and co-artistic director of the theater company Advienne que will see that it touches on themes that are still very topical. Shipwrecked on the island, the twin disguises herself as a man. She then catches the eye of the countess whom the duke covets, while she herself is infatuated with the duke. This crossover resonated with the designer who has dated both men and women in the past and who pleads for freedom of choice.

“Society wants us to be in a box, deplores the director. But I remember the words of my teacher Monique Richard who had been extraordinary in my youth: “the important thing is to be with someone with whom you are good”.

“It is therefore a show that questions our contribution to love, our relationship to ourselves and to others, and how to be well in all of this”, he summarizes.

Twelfth Night is presented at the TNM from September 20 to October 15.