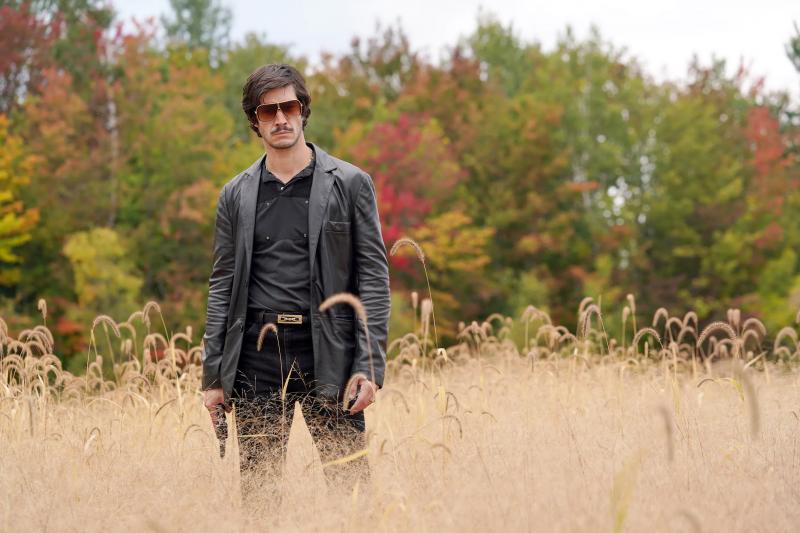 Quebec criminals increasingly fascinate our filmmakers. While the thriller Confessions, about the life of Gérald Gallant, was a great success this summer in theaters across the province, a film about another hitman, Donald Lavoie, will be released in early 2023.

Titled Crépuscule pour un tueur, this film noir directed by Raymond St -Jeans (Peepshow) and co-written with Martin Girard will star actor Éric Bruneau in the skin of this formidable hitman who worked for the clan of the Dubois brothers during the 1970s. After agreeing to become an informer to save his own skin, Donald Lavoie admitted in 1981 to having participated in 27 murders on behalf of the Dubois family, one of the largest criminal organizations in Montreal at that time.

If Confessions and Twilight for a killer have in common to trace the paths of two of the worst hitmen in the history of Quebec, the two films are very different, assures Raymond St-Jean.

“ To use the words of Éric Bruneau, Donald Lavoie, it is really another animal, underlined the director to Journal. Lavoie had a charisma that was quite flamboyant. When he entered a room, he took up all the space. Our film is a kind of little Shakespearian drama. In that sense, it will be very different from the film Luc Picard made about Gérald Gallant. »

Part of our history

To write the screenplay for Twilight for a Killer, Raymond St-Jean and Martin Girard based themselves on numerous newspaper articles that were written at the time on Lavoie and the Dubois clan, as well as on a long interview granted by the former hitman to the CBC, in 1982. The two screenwriters did not consider it necessary to meet Lavoie even though he is currently living at liberty after having served seven years of imprisonment.

In the film, the role of Claude Dubois (one of the brothers of the Dubois clan) is defended by Benoît Gouin. Sylvain Marcel lends his features to the character of Burns, a detective sergeant who tries to convince Lavoie to testify to bring down the Dubois family.

Even if he qualifies the fact that two films on Quebec contract killers hit theaters every few months, Raymond St-Jean is delighted to see more and more filmmakers taking an interest in the history of crime in Quebec. In addition to Luc Picard and his film on Gérald Gallant, director Podz recently looked into the world of the Italian mafia in Montreal in the thriller Mafia Inc, released in 2020.

“ I think that these films always have an attraction [for the public], observes Raymond St-Jean. It's part of our history. I remember in the late 1970s and early 1980s, I was following that crime scene there in the papers. It was something big at the time. ”