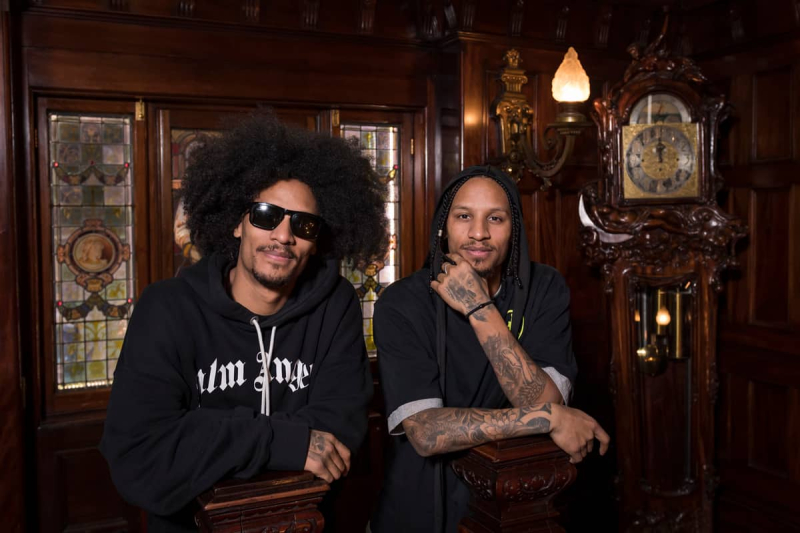 To equip young people to improve their mental health, but also to reduce stigma and give everyone a chance for success, The Twins are extending their school tour to North America.

To achieve this goal, they have partnered with the Kids Write Network, an arts-friendly program, they announced Monday at a press conference at the hotel. Mount Stephen of Montreal. The dancing duo – also a judge on the show Revolution – aims to teach children and young adults about body expression, as well as the benefits of dance on personal well-being.

“If we want this flame [inside us] to be infinite, we have to believe in it too. Sometimes there are teachers, doctors and parents who no longer believe in it. We will have to take them up too,” said Laurent Bourgeois, alias Lil Beast.

“When you have mental, verbal and physical support, the desire comes with it. When there is duty without envy, it shows,” he added.

It can be easy for a young person to lose ground while consulting social networks. With their workshops, Les Twins want participants to find a landmark, comfort, something real, a mode of expression reminiscent of personal diaries.

Larry Bourgeois, aka Ca Blaze, recalled that when he was younger his speech therapist advised him to write down in a diary the thoughts that crossed his mind, even if he was not receptive at first sight . Once seated in front of his notebook, the words flowed from source. For him, with dance, it's the same thing that happens and that's what he wants to share.

“I work with the human body, so I don't know why, but my body speaks better than my mouth sometimes, and I feel like I can help and fix people by dancing for people,” he said. “I'm Doctor Larry,” he then said with a laugh.

“I manage to point out the sick hearts that felt good basic, dancing, talking about my life,” said the dancer. It is also with a view to benevolence, “a bit like a prophet's duty” that the duo will begin their dance workshops in schools in the province by the end of the month.

For the moment, the program should only stop in a few of them, allowing the brothers to make punctual jumps each month in the establishments visited, before extending to the rest of the continent. The idea is to ensure some continuity.

“For me, a school and a health is a program. To rely on a program, you need continuity if you want things to stay, otherwise it's useless. I know very well that by going to see the young people I help them, but I want it to stay all year round, “explained Larry Bourgeois.

Addressing both students and teachers , that parents, dancers want to pass on their passion to all walks of life without favoring one more than another.

“For the moment, we have performed better in schools which need it, but which are not below the others. There are really words used that should be changed. Words can sometimes theorize children and that touches me, because I have always been put aside when I would just like to be treated like the others, “said Larry Bourgeois, recalling that mental health issues can affect anyone, regardless of background.

Usually, workshops can stretch over a few hours, but with their new program, Les Twins should spend a full day at each school.

With the Youth Writing Network, they will work in collaboration with the CHU Sainte-Justine Foundation. The Dance for Mental Health tour is set to expand to the rest of the continent later in the next year, although no date has yet been announced.