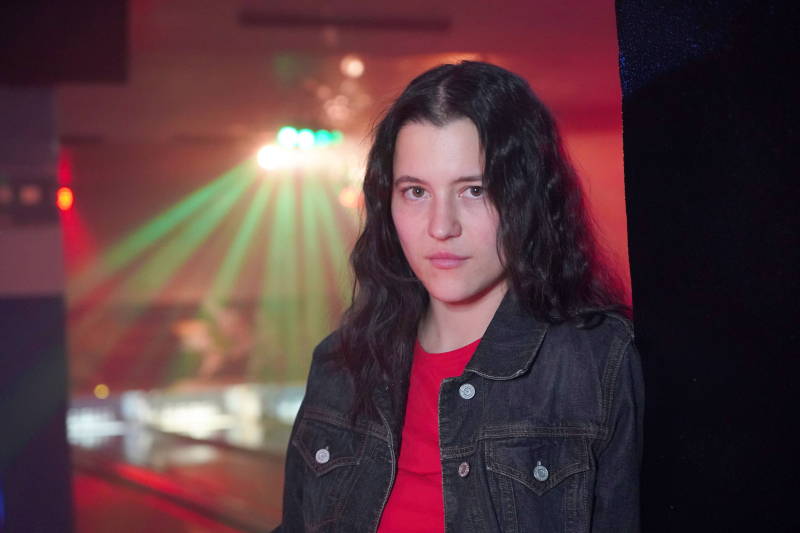 After the success of the film 23 December in which she played one of the main roles, Catherine Brunet took part in two other feature films. Farador, a Quebec, France and Belgium co-production, and the independent film Ana Kiri Superstar in which the actress lends her features to Ana.

Catherine Brunet wants to keep the mystery around the feature film Ana Kiri Superstar. Met on the Montreal set of this second film by director Francis Bordeleau, she barely lifts the veil on the film.

” It's the story of Ana who lives petty theft with her brother (played by Alex de Cotret) and their friends, who live together in the same apartment, says the actress who is on her 6th day shooting on about twenty. They do petty thefts and get by. But Ana has always dreamed of more and she imagines a future as a writer. After a failed flight, things begin to change for her.

The 32-year-old actress insists: this independent film will come out of the conventions. The director and co-writers (Valérie Chevalier, Alex James T. and Francis Bordeleau) “wanted to go somewhere else” of what is generally offered in Quebec cinema.

“ It’s really an action film in which we have fun, continues the actress. It's like a universe that doesn't exist, it's another Montreal.

The actress enthusiastically recounts the filming of numerous sequence shots, the great ambition of the director and the team, the often natural lighting used on the set and the stunts that the actors have a great pleasure in performing themselves. same.

The actress has also just completed the last scenes of the film Farador, a co- production in Quebec, France and Belgium, scheduled for release in March or April.

This “fantastic humorous” feature film directed by Édouard Albernhe-Tremblay was filmed last year in Quebec, then at the beginning of the year in castles in Normandy.

The story – known by role-playing game enthusiasts, because being taken from the 13-minute short The Battle of Farador which was a smash hit on YouTube in 2006 – is about three friends playing the same game of a Dungeons & Dragons role-playing game for 18 years. < /p>

Comedian Catherine Brunet is spokesperson for the Plein(s) Ecran(s) Film Festival, which runs until January 29th. Here are five suggestions for short films presented at this online festival.