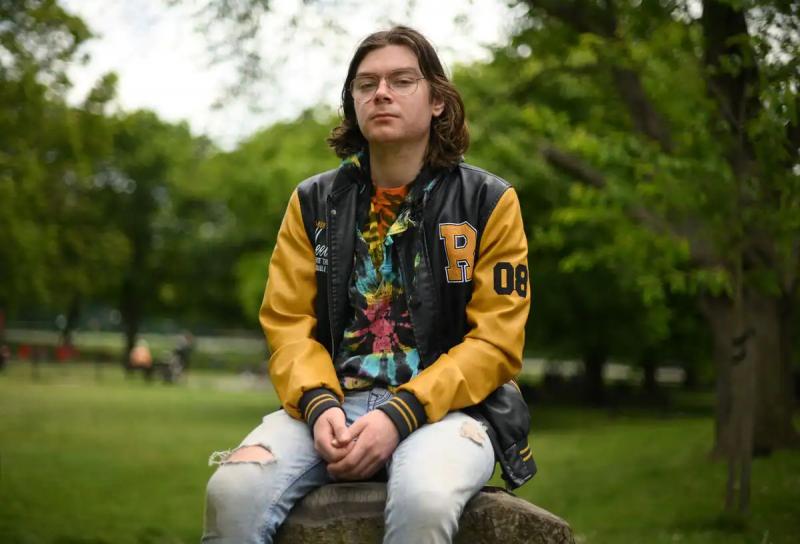 Two environmental activists from the Just Stop Oil movement, which demands a halt to all new fossil fuel infrastructure, clung to the frame of a Van Gogh painting in a London museum on Thursday.< /strong>

They targeted an 1889 painting, “Peach Trees in Blossom,” depicting a landscape in southern France, on display at the Courtauld Gallery, according to the environmental organization and museum.

“Sorry everyone , we don't want to do this, we are glued to this painting, this magnificent painting, because we are terrified for our future”, explained in a video posted online by the organization Louis McKechnie, an activist 21 years old.

Already arrested 20 times, the young man who spent six weeks in prison this winter for having blocked the motorway which surrounds London with others distinguished himself by interrupting a football match in March after becoming attached to a goal post.

He had recently told AFP that he was ready to become a “public enemy N.1” to warn about the climate crisis and “didn't really” see any limits , as long as the actions are “non-violent” and do not endanger lives.

Referring to the “40 new government fossil fuel projects”, a figure frequently cited by environmental groups, he considered that signing each of them was equivalent to “signing our death warrant”, in this video where the two activists , wearing an orange Just Stop Oil t-shirt, have their fingers on the frame of the artwork.

“I can't live in a bubble of normality when society is collapsing around us and when people in the South are suffering so much,” Emily Brocklebank, a 24-year-old psychology student, was quoted in a statement as saying.

“We need everyone to focus on the government's genocidal plans to allow oil companies to drill to extract more oil,” she added. “This is one of the greatest injustices in history. We must resist.

Just Stop Oil points out that this action comes at a time when Provence, a region in southern France painted by Van Gogh, is at risk of suffering from drought.

Attached by AFP, the Courtauld Gallery explained that the room where the painting is exhibited was “immediately closed to the public” after the two activists stuck to the frame in the afternoon. The museum expects a normal reopening on Friday.

According to Just Stop Oil, five of its activists were arrested on Wednesday after an action in a museum in Glasgow (Scotland) where they painted inscriptions on the floor and a wall and stuck to the frame of a 19th century painting of a landscape in the Scottish Highlands.