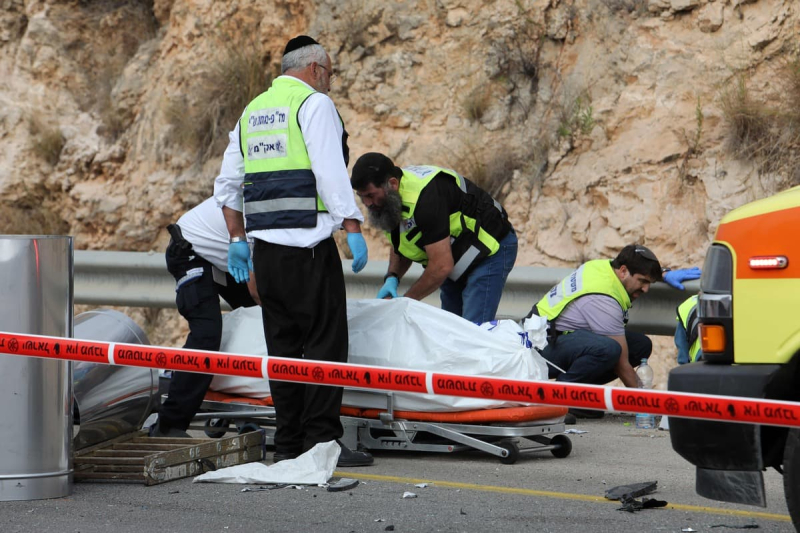 A Palestinian assailant on Tuesday killed two Israeli civilians in the northern occupied West Bank in a stabbing attack and then drove a car while fleeing, also injuring several people before being shot dead , officials said.

This violence erupted a few hours before the swearing in of the Israeli deputies elected to the legislative elections on November 1, when negotiations on the formation of a new government led by Benjamin Netanyahu, who could be the most right-wing of the country's history, continues.

The Israeli army reported a “knife attack” near the Ariel industrial zone. “A terrorist arrived at the entrance to the area access gate and stabbed civilians in this area,” an army statement said.

“Other civilians were stabbed at a nearby gas station. The terrorist fled in a stolen car, intentionally caused a car accident and hit another civilian,” the army added.

According to the Israeli emergency services , two Israelis were killed: a 35-year-old man who died after being stabbed and a 50-year-old man killed in the car accident on a nearby road.

Three people were killed. were stabbed, evacuated from the industrial area and hospitalized, according to rescuers.

Another man was stabbed in the road and taken to hospital in serious condition, according to Magen David Adom, Israel's equivalent of the Red Cross.

The attacker said was “neutralized” by a soldier who was in the area, the army said, telling AFP that the assailant was Palestinian.

At the same time, the Palestinian Ministry of Health reported the death of 18-year-old Mohammed Mourad Sami Souf by Israeli bullets in this area, without further details.

Violence has intensified in recent months in the West Bank, a Palestinian territory occupied by Israel since 1967.

The Israeli army has stepped up raids across the territory, in the wake of deadly anti-Israeli attacks . These operations, and the clashes that are sometimes associated with them, have killed more than 120 Palestinians, the heaviest toll in seven years, according to the UN.

The attack comes as continuing negotiations for a new government in Israel.

Stakeholders in these discussions, two figures from the extreme right – which won a record number of seats in Parliament in the legislative elections of November 1 (14 ) – plead for Israeli forces to use more force against “terrorism”.

On Tuesday, the head of the “Religious Zionism” list, Bezalel Smotrich, thus claimed that the attack in the West Bank was “a painful reminder of the most important issue on the table”.

“We must bring back security for all Israelis,” he tweeted.