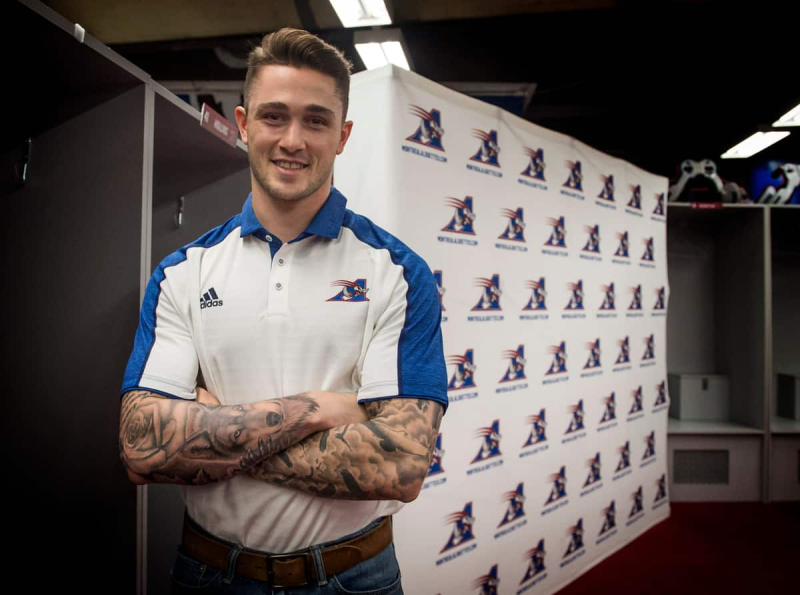 The Concordia Stingers have added two experienced and prominent football men to their coaching staff in Paul Eddy Saint-Vilien and Justin Chapdelaine.

The first will serve as co-coordinator in defense, while the second will be an assistant in attack.

“These are two guys who work extremely hard and who have marked Quebec football,” said the Stingers head coach Brad Collinson on the phone Wednesday.

Saint-Vilien was one of the defensive assistants with the Ottawa Redblacks of the CHL in 2022. He previously served as the defensive coordinator and interim head coach of the Carleton Ravens. He also worked for seven years with the University of Montreal Carabins.

“Bringing Paul Eddy back to Montreal is a very good thing for us,” said Collinson. He is a guy who excels in recruiting. He has an excellent football head.”

A request from Alex Surprenant

For his part, Chapdelaine comes to Concordia after having performed small miracles as the Vert & Gold from the University of Sherbrooke. Last year, the Estrie club's offense surprised many, despite the use of four quarterbacks.

Collinson revealed that it is his offensive coordinator, Alex Surprenant, who asked him to offer a position to Chapdelaine, when the latter decided to leave the Vert & Gold to be closer to his family.

“Alex wanted someone on our team [of coaches] who was going to push him. Justin is a guy who has a lot of ideas and experience in our circuit.”

“The stars have aligned for us!” he rejoiced.

Showing his usual frankness, Collinson said he wanted the announcement of these new hires to give the Stingers a helping hand in their recruitment for the 2023 campaign.

As of Wednesday, the rosters of the Quebec university circuit can start talking to young footballers again, after taking a holiday break.

“It's difficult in terms of recruiting when you can't tell young people who will be their coaches, said the Stingers driver. There are still some very good players to recruit and we wanted to announce the arrival of these renowned coaches before leaving head first in our recruitment.

In addition, Nicholas Melsbach also joins the group of coaches Stingers. The former Linx head coach from Cégep Édouard-Montpetit will be one of the defensive assistants with Concordia.