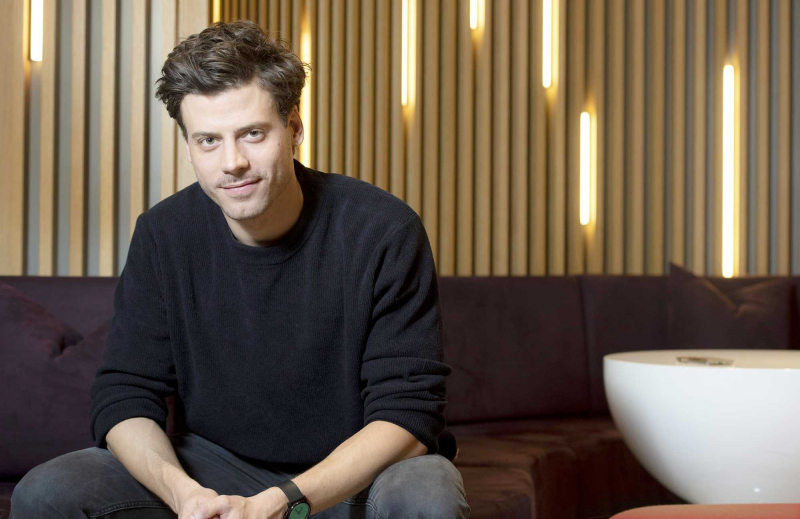 The least we can say is that François Arnaud will show the extent of his acting palette this month at the cinema. In addition to starring in the romantic comedy December 23, due out on screens November 25, the actor stars in the psychological drama < /strong>The switch, in which he slips into the skin of a soldier suffering from post-traumatic stress disorder. “It's hard to imagine roles that are more opposite to each other,” he laughs.

François Arnaud had just dropped his bags in Montreal for a few days when Le Journal got on the phone earlier this week. Since the beginning of the fall, the 37-year-old actor has been making multiple trips to Vancouver to film in an American series, the title of which he cannot yet reveal.

Waiting to find out the title of this mysterious project, we can see Arnaud this weekend in La switch, a film by filmmaker Michel Kandinsky which was shot in Sudbury in the fall of 2020. The actor plays a sniper in post-traumatic shock who tries to reintegrate into society by returning to live with his sick father, in northern Ontario, after participating in a mission in Afghanistan. François Arnaud says he invested a lot in this character.

“It was a long time before we could shoot the film and this waiting period allowed me to do a lot of preparatory work beforehand, confides the actor who notably underwent training to learn how to handle weapons. on fire and read everything he could find on post-traumatic stress disorder.

“It was really a luxury to have so much time to think about a character. »

Director Michel Kandinsky wrote the main role of his film especially for François Arnaud. Initially, the feature film was to be shot in English. But when Telefilm Canada expressed a desire to fund more French-language Ontario films a few years ago, the filmmaker seized the opportunity and had the idea of ​​translating his screenplay.

“Michel called me to ask me if it bothered me to do it in French,” says François Arnaud. I accepted, but on the condition that it be done respecting the accent of the people of this community [in northern Ontario]. I didn't want to feel like an impostor playing this character. The story takes place in northern Ontario, on the other side of the Témiscamingue. There is a Franco-Ontarian accent that has nothing to do with the one you can hear in Toronto, for example. So we worked with a local girl to make sure we had the right accent. »

The silence of men

According to François Arnaud, the great difficulty of portraying this character was to embody a man gnawed from within, who repress all his emotions.

“He's such a non-expressive character that I felt like I was using my own face as a mask,” he says. He uses his face to hide his emotions and to make sure no one sees anything. The challenge was to play this as honestly as possible and at the same time make the audience feel that there is something hiding underneath. Like his father and the other men in his family, he cannot communicate his emotions. For me, the real subject of the film is the silence of the men in this community, which is fertile ground for violence. »

At the end of the month, Quebec audiences will be able to see François Arnaud in a completely different register since he is part of the cast of the romantic comedy December 23, a Christmas choral film written by India Desjardins and directed by Miryam Bouchard (Mon cirque à moi). The actor plays there alongside Catherine Brunet, Virginie Fortin and Bianca Gervais, among others.

“I really had a lot of fun shooting this film, he says. Sometimes we didn't even hear the signal “action!” because we were laughing too hard, Catherine, Virginie, Bianca and me. I had never been so undisciplined on a film set. After the first day, Catherine and I even went to see Miryam [Bouchard] to apologize for our lack of professionalism. But she replied that she liked it when we flirted a little with dropping out because it gave a nice energy to our scenes.

The switch will be released on Friday.