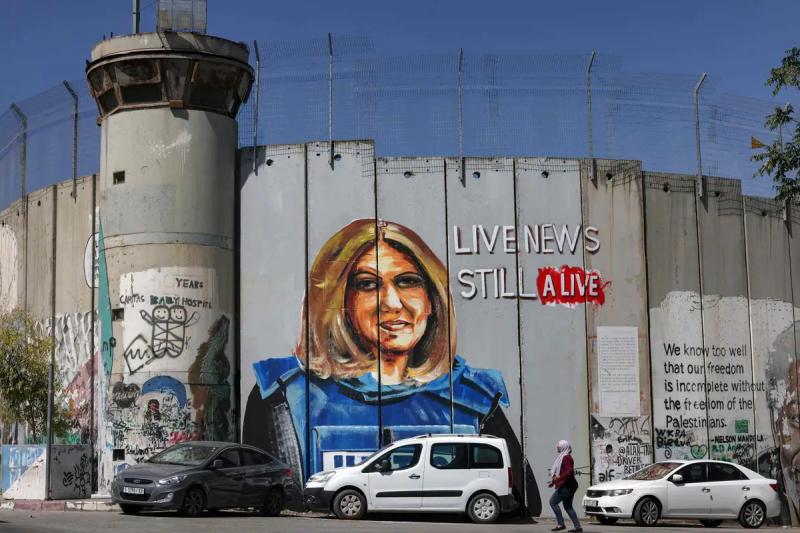 Two Palestinians and an Israeli officer were killed on Wednesday in an exchange of fire in the Jenin region, the scene in recent months of recurrent and deadly clashes in the north of the occupied West Bank.

The Israeli army said that “two suspects” approached the Jalameh crossing point between the Jenin area and Israel during the night. They fired at soldiers posted at the checkpoint, “who responded by opening fire”, according to the army.

An officer was killed in the exchange of fire and the two “suspects” were “neutralized”, according to this source. In Ramallah, the Palestinian Ministry of Health confirmed the deaths of “two young men” in the clashes.

The army did not immediately release the identity of the officer. < /p>

“Unfortunately last night we lost an army commander,” Israeli army chief Aviv Kohavi said in a statement, sending “his deepest condolences” to those close to him.

Since a series of anti-Israeli attacks in March, fatal to 19 people, the Israeli army increased its operations in the north of the West Bank, territory occupied since 1967 by the Jewish State, in particular in the regions of Nablus and Jenin where Palestinian armed groups are active.

These operations, frequently interspersed with clashes with the local population or combatants, left dozens dead on the Palestinian side and led to the arrest of more than 1,500 people in the occupied West Bank, according to the head of the Israeli army, Aviv Kohavi .

These two movements “welcomed” the “operation” at the Jalameh crossing point on Wednesday, without however claiming it directly. “Our Palestinian people in Jenin, Nablus and all the cities of the West Bank are continuing a massive revolution and a permanent struggle against the” Israeli occupation, “in response to its crimes”, said Hamas, the movement in power in the strip. of Gaza.

And on Sunday, a Palestinian member of the Al-Aqsa Martyrs Brigades, the armed wing of Mahmoud Abbas's (secular) Fatah party, died of gunshot wounds sustained last week during clashes with the Israeli army that came to destroy in Jenin the accommodation of the author of a fatal attack on three Israelis on April 7 in Tel Aviv.

Wednesday's exchange of fire comes after the Israeli security services had already reinforced security in northern Israel for the Champions League football match between Maccabi Haifa and Paris Saint-Germain (PSG) in Haifa, a city located about sixty kilometers from Jenin.

Hundreds of security guards are to be deployed around the stadium, police said in a statement.

Maccabi Haifa has implemented 'unprecedented security measures for a football match in Israel” for the arrival of Paris Saint-Germain, said a club spokesperson on Tuesday. “The system provides for 1,000 stewards, 350 police officers and a double security perimeter to control tickets,” said spokesperson Dudu Bazak at a press conference.