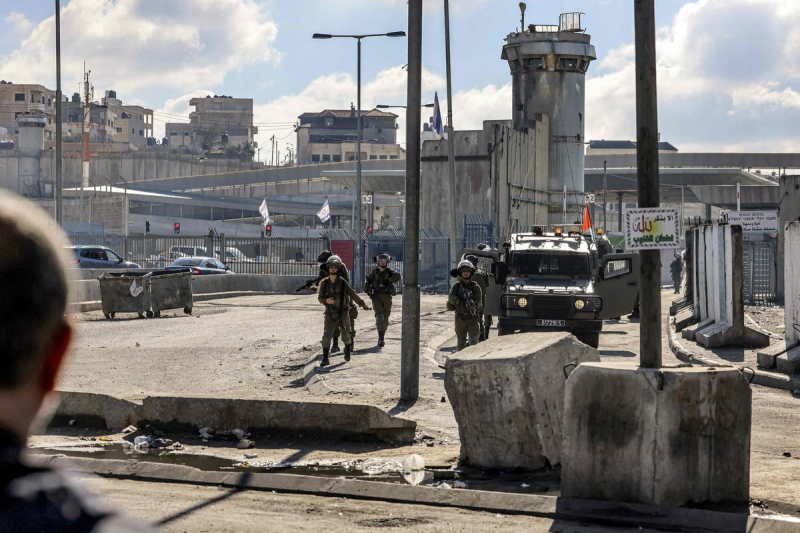 Israeli forces on Monday killed two Palestinians on the sidelines of an operation in the West Bank to destroy the residence of Palestinians accused of involvement in a deadly attack on an Israeli commander, local officials said.

Palestinians Mohammed Samer Hoshieh, 22, and Fouad Mohammed Abed, 25, were killed by Israeli fire during an army raid in the area of ​​Jenin, home to tensions in the occupied West Bank in recent months, the Palestinian Ministry of Health said in a statement.

For its part, the Israeli army indicated in a short message to the press that it had carried out an operation in the village of Kfar Dan, located in the Jenin sector, “in order to demolish the residences of assailants involved in firing against the crossing point” of Jalameh, also called Gilboa, and which had been fatal to Commander Bar Falah.

Armed Palestinians opened fire on soldiers on September 14 at the Jalameh crossing point, between the Palestinian sector of Jenin and Israel, killing this Israeli soldier.

The Martyrs' Brigades of 'Al-Aqsa, the armed wing of the (secular) Fatah party of Palestinian President Mahmoud Abbas, claimed responsibility for the attack. And two Palestinians, established in the village of Kfar Dan and suspected by the Israeli army of being involved in this attack, had been killed the same day in exchanges of fire in Jalameh.

The Israeli army regularly destroys the residences of Palestinians it believes are responsible for attacks on Israelis in order to discourage them from perpetrating violence, a policy however described as “collective punishment” by human rights organizations. the man because according to them depriving of residence of the members of families who are not involved in these attacks.

The operation of Monday is the first of the year 2023 fatal to Palestinians in the West Bank , Palestinian territory occupied since 1967 by Israeli forces, and comes after a year of high tensions.

Following a series of anti-Israeli attacks last spring, the Israeli army has stepped up operations in the occupied West Bank.

According to the UN, more than 150 Palestinians were killed last year in Israeli operations or clashes with Israeli forces in 2022, toll the heaviest of Since the end of the Second Intifada, the Palestinian uprising of the early 2000s.