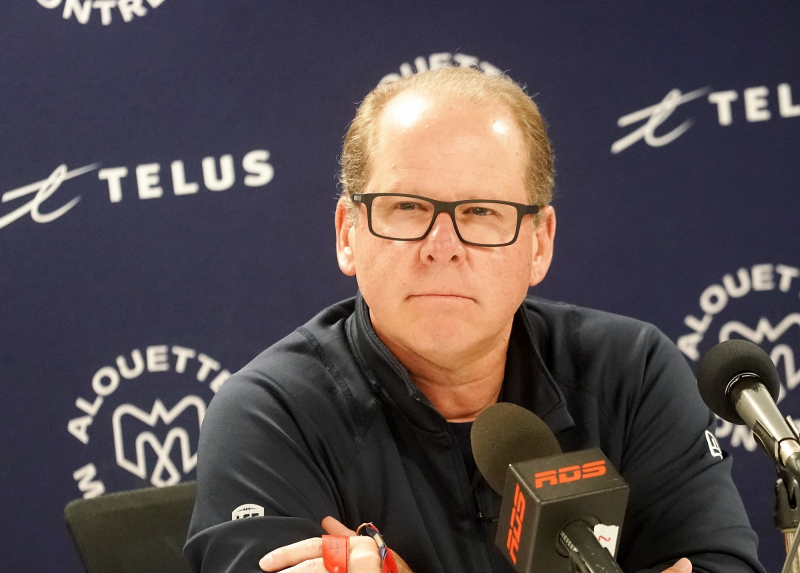 Danny Maciocia touched me the devil of a man. On Sunday, the Alouettes' football boss will meet up with his troops on the fall lawn of Molson Stadium. Around 12:40 p.m., people will begin to settle in the bleachers.

His guys are going to be ready. The Hamilton Tiger-Cats too. But Maciocia won't make a big speech. Neither Saturday evening nor Sunday. He has already explained to his players this week how lucky they are to be able to play at home. In front of their world. He will just recall some important details.

“If we have to make big speeches before a playoff game in front of our world, it means that we missed something during the season. We will simply follow our usual routine, ”notes Maciocia. Without insisting.

His Alouettes are not yet the buzzin the city. It will perhaps come with victories. And work. But the foundations are solid. There are 21 Canadian players with the Alouettes. And 11 or 12 Quebecers. The president is from Quebec, the coach and the general manager too. This means that some Zoiseau players will have cousins, parents, father, mother, brothers and sisters, blondes, friends and acquaintances in the stands.

This is the case for Danny Maciocia. And it grips him in the gut.

The man won the Vanier Cup with the Carabins where he had job security and plenty of benefits.

He also won in Edmonton. Twice, the Gray Cup with the Eskimos. When it was not forbidden to call them by name.

“I won and it was a great joy. But in Edmonton, I was living with my little family and no one else to share the victories with. It's simple, I would trade my two Gray Cup rings in Edmonton for one won in Montreal. With mine, “said Maciocia yesterday during an interview.

And then, even if he will not insist on this point with his players, Maciocia savors the days leading up to Sunday's match even more so horrible have the last two pandemic seasons been.

“Mario Cecchini was a present, very personal president. He held everyone by staying close. His leadership, his attitude played a huge role. And Sunday is a sort of culmination of everything we've been through. I want the players to be aware that they are going to share these happy moments with spectators who have come to share an important moment with them. A full stadium is great,” said Maciocia.

In addition, the Alouettes put on a very good show . Even in defeats. He scores plenty of points, the ball flies through the air and travels well on the ground, the game is spectacular and someone taking a nap could miss four touchdowns. Maciocia laughs.

“Let’s say the ball is moving and we are trying to have a defense that knows how to make life difficult for opponents’ attacks. One thing is certain, for the amount you paid for your ticket, we offer you good value for money. You get what you pay for. »

With one more victory, it would be perfect.