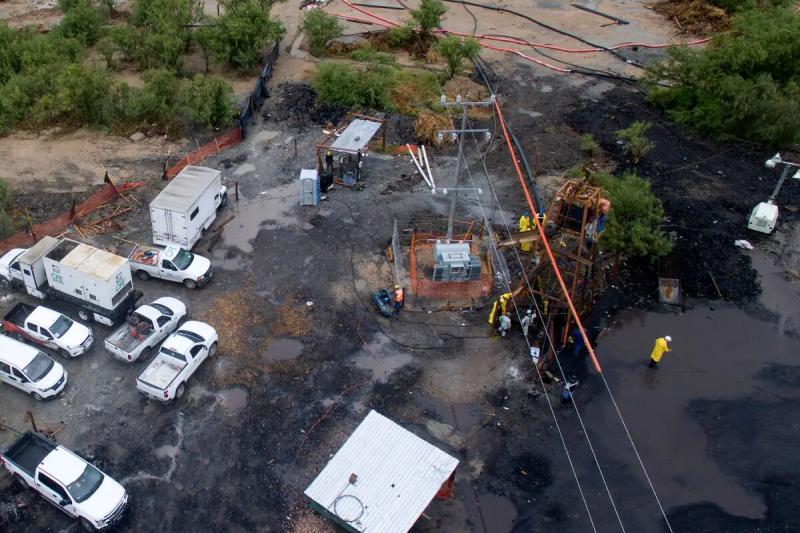 Rescue operations continued on Wednesday in Mexico to find 10 miners trapped in a flooded mine, with no prospect of rescue soon after two weeks of searching and no sign of life from them since August 3 .

“It's been 327 hours of uninterrupted work” to save the minors, underlined the national coordinator of Civil Protection Laura Velazquez, who did not put forward an end date for the search.

The 10 minors have disappeared on August 3 in a flooded mine, the El Pinabete mine, located in the state of Coahuila (north), the main coal producer in Mexico.

On Sunday, a sudden rise in the level of the water patiently pumped for more than a week to allow rescuers to descend underground hampered rescue efforts and aggravated the despair of the miners' relatives.

In one of three shafts rescuers hoped to enter this weekend, the level now stands at 38.04 meters, up from 1.3 meters earlier on Sunday, Laura Velazquez said.

In an attempt to circumvent the problem, authorities announced a new strategy on Monday of trying to plug water seepage from the neighboring, much larger and abandoned Conchas Norte mine, by drilling 20 holes 60 meters deep. to inject cement into it.

To this end, the Civil Protection sought advice from two German and American companies so that “they validate all the actions that we carry out, it is important to have a second opinion,” Ms. Velazquez said, without giving the names of the companies.

The accident happened on August 3 when miners breached the El Pinabete mine, causing an overflow of the water accumulated in the Conchas Norte mine towards the place where they were working.

Five workers managed to get out on their own, but 10 other miners have not shown any signs of life since the day of the accident.

Coahuila, the main producing region Mexico's coal industry has experienced a series of fatal mining accidents over the years. The worst happened at the Pasta de Conchos mine in 2006 when a firedamp explosion killed 65 miners.